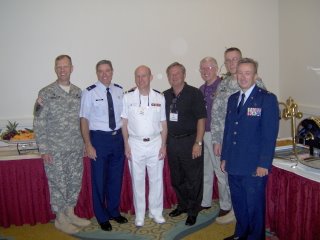 Sunday, the second full day of Celebrate06, the annual Grace Brethren conference being held at Indian Wells, California, began at 6:30 a.m. with a chaplain’s breakfast sponsored by the Eagle Commission and Grace Brethren Investment Foundation.

In addition to the chaplain’s reports, GBIF also had its annual corporation meeting.