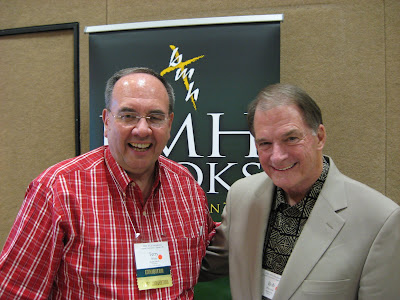 Another of the many Grace Seminary graduates participating in the IFCA convention was Bob Provost (right), who is President of the Slavic Gospel Association. Bob was attending, along with his wife, Louetta, and is a newly-elected IFCA board member. Provost received the M.Div. degree from the seminary in 1977 and served as Director of Supporting Services for Grace College and Seminary under business manager Paul Chappell from 1974-1977.