“Jesus didn’t command us to build churches, He commanded 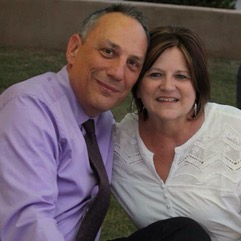 us to make disciples, says Ed Waken, an elder at ValleyLife Church in Peoria, Ariz., “and if you make disciples, churches emerge because you can’t stop believers from wanting to be together.”

In addition to be an elder at ValleyLife, he leads an organic house church movement that embodies congregations all over the world. His Grace Brethren, now Charis, roots began at Community Grace Brethren Church, Long Beach Calif. in the 1970s. As Ed became stronger in his faith and more involved in his church, he became a trustee and eventually started working with the youth.

Ed began praying about the opportunity to become a pastor

at the beginning of 1976 and it wasn’t until 1992 that the Lord answered that prayer through his wife, Debbie. Debbie had just come home from a women’s retreat and felt God was telling her to “get out of the way,” and let her husband go into ministry, as she had been hesitant during the previous several years.

“The timing of it all taught me prayer and perseverance, patience, trust, and dependency,” reflects Ed.

Having a desire to pastor a large congregation, Ed began sending resumes to churches in hopes of gaining a leadership position. During this process, he had been traveling around the country teaching principles of evangelism. Close friends suggested that instead of applying to lead an existing congregation, he should start a new church.

Ed and his wife moved to Pheonix, Ariz. in 1994 and planted a church. He drew up a growth plan for the congregation to reach tens of thousands of people over the next 20 years.

“It was all arrogance and pride at the time,” says Ed.

His congregation did begin to grow up to one hundred people, mostly new believers, but seemed to stall around that number. Ed began to wonder why the church wasn’t growing like he had hoped.

Prior to moving to Arizona, Ed had been working with Phil Helfer (lead pastor of Los Altos Grace Brethren Church, Long Beach, Calif.) Neil Cole, among others in the Southern California-Arizona District and they came across what Ed refers to as organic church principles. This led Ed to assist in the launching of Church Multiplication Associates (CMA), a church planting ministry.

“During this time, God began to break me down of my pride,” says Ed. “I was amazed that He called me to do the work here in Pheonix in the midst of my pretty ugly persona of I want it all, it was my kingdom, not His…and I repented of all that.”

Ed and his colleagues began to retool their method of ministry.

“We started to ask ourselves, ‘what if we make disciples instead of build worship services?’” he recounts. “If we have disciples that are excited about the word of God, repentance, evangelism, and discipleship, people aren’t going to be held back from wanting to meet together. So, we flipped it. We said, disciples are first, house churches are second, and a corporate meeting will be third…not unimportant just third.”

The team of CMA develops discipleship resources for churches that are based on principles, not how-to’s.

“When you give people a mindset, they can translate that to their culture however it needs to look,” says Ed.

The end result is empowering, equipping, and releasing disciples. These people lead small congregations or house churches, with the goal of producing more disciples within those groups.

The mindset shift Ed had from growing a large congregation to focusing in discipleship has enabled him to encourage and equip disciples all around the world.