Water for Good is a cooperating ministry of the Charis Fellowship. A version of this story appeared on Grace College’s blog. See the original post here. 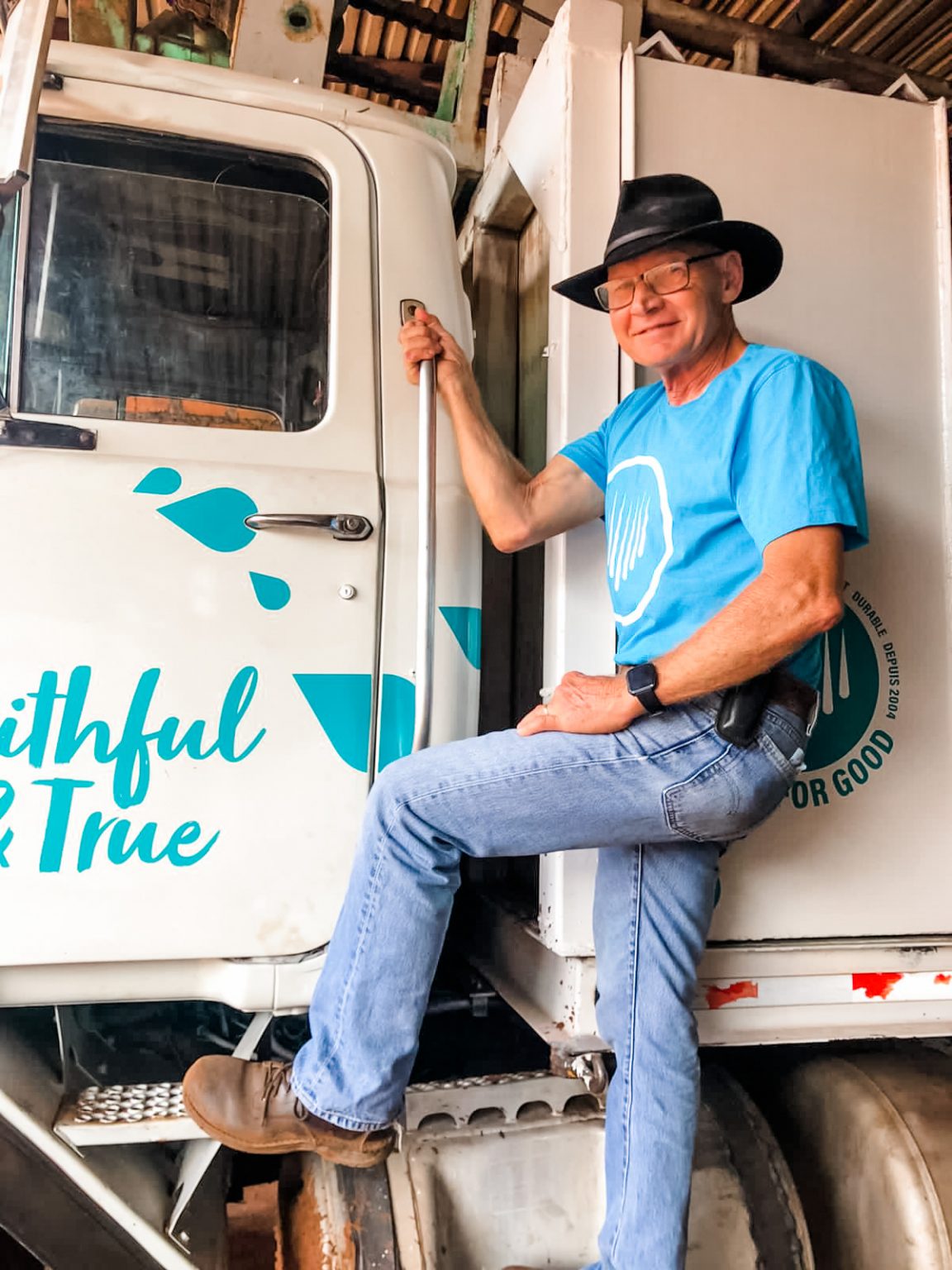 He grew up in the Central African Republic as the son of a minister, and it fostered in him a deep love for the country and its people. After attending Grace College and Theological Seminary in Winona Lake, Ind., where his father, Dr. Donald G. Hocking had also graduated, Hocking immediately returned to the CAR in 1977, this time with his wife, Faye.

The Hockings, who were partnering with Grace Brethren International Missions (now Encompass World Partners), began their work in the CAR training leaders for youth ministry, a task that was “really important for the longevity of the church there.” Hocking followed up that program with a literacy campaign that not only launched 200 schools across the CAR, but also provided bilingual literature in both French and Sango.

Remembering all this makes Hocking nostalgic — “I loved that country from the start” — especially when he recalls the events that would follow.

In 2002, the CAR was thrown into turmoil by war. Grace Brethren International Missions (GBIM) chose to withdraw for the safety of their members, and the Hockings came back to the U.S. But Hocking’s heart remained with the people and the country where he’d grown up. Despite the dangers of the ongoing war, he returned to the CAR in 2003 to help other missionaries get out and to check on how their life’s work and home base had survived.

They were astonished with what they found upon their return. “Our home, our belongings, everything was looted and taken. Our organization had lost millions of dollars — a lot of vehicles, equipment, etc.” To make matters worse, it was people from their own town who looted everything they owned. “It was a really difficult year for our organization and for me personally. We had to learn how we were going to forgive people.”

In light of the destruction, GBIM chose to put their work on hold in the CAR. But for Hocking, that was not an option. He had seen too much over the years — people’s basic physical needs were unmet, AIDS was ravaging the region, and the realities of poverty and war were creating hopelessness.

In 2003, a good friend who knew of Hocking’s desire to return to the CAR offered to sell his well-drilling business to Hocking out of the blue. Hocking protested that he didn’t know the first thing about drilling wells, let alone how to start it as a faith-based nonprofit. What he did know was how desperately Central Africans needed clean water. For most of the 4.7 million people who live in the Central African Republic, collecting water means an hour-long walk hauling heavy 44-pound jugs of water from streams, rivers, and seep holes — water that isn’t even sanitary.

After visiting several villages in the CAR to assess their water retrieval methods, Hocking was ready to act.

“My attitude had changed by seeing the struggle these villages were having with healthcare issues. Kids were dying really young and it was tragic. I realized ‘This is what God’s asking me to do, and I needed to figure out how.’”

That act of obedience was the beginning of what Hocking would eventually call “Water for Good.”

There are a myriad of issues to getting fresh water to many remote villages in the CAR. Getting a well drilled is only the first step. Hocking began to see that a major issue overlooked by other clean water initiatives was that the well pumps would inevitably break and the village would be right back where it started: without safe drinking water.

Hocking knew that sustainability was key to the success of any well and that locals could not depend on Westerners for well maintenance — that model was financially unsustainable.

Instead, Hocking founded Water for Good, a nonprofit that not only drills wells, but also provides regular well maintenance, builds relationships with communities, and works with them to start projects that will prosper and empower the community long term. Villages take gradual ownership of their wells, and after Water for Good drills a well and installs the pump, the team trains the village residents in setting up a well committee.

The committee’s job is to determine how to distribute the water and how to eventually charge for it. The cost of maintenance is initially covered by Water for Good, but the goal is for the village to begin paying for it over the course of three to five years. “We’re committed to this model where the village ultimately takes responsibility for well maintenance by charging a nominal amount for the water,” explains Hocking. Some villages have a pay-by-the-gallon system, while others use a monthly subscription or charge based on family size. Most of them make sure that widows, those with disabilities, and other needy members of the community are provided for.

This approach also gives the village a personal stake in the well.

“They’re human beings, no different from anyone else. If you can add value to what they’re doing and how, they’ll do better, and they’ll do more,” says Hocking.