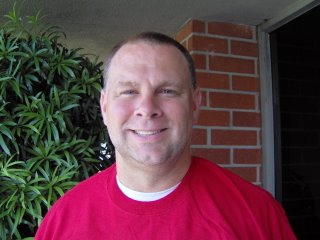 The September/October, 2006, issue of FGBC World is now arriving in homes and churches and is already available online at www.fgbcworld.com. The lead story, about a Grace Brethren firefighter who was a first responder to the Pentagon crash, is especially powerful and poignant in light of the five-year anniversary of 9/11. Read and rejoice that God has His people in all situations.

Larry Everett had a taste of hell that day five years ago.

Everett, a firefighter, was called in to assist when a hijacked Boeing 757 slammed into the 29-acre Pentagon complex on September 11, 2001. Everett vividly recalls entering the third floor of the massive facility and being met with a wall of fire. Temperatures exceeded 2,500 degrees—he and his crew of 25 watched metal desks and file cabinets melt before their eyes.

Wearing firefighting gear rated for only 1,500 degrees, Everett is convinced that God protected him in the inferno.

A member of the elite Fairfax County, Virginia, Fire and Rescue Department, Everett and his colleagues spent nine hours in active firefighting that day.

Their strategy on the upper floors was to push the fire further back into the building where it would starve and be extinguished. But no matter what they did, they could not escape the intense heat.

“This is what hell is going to be like,” Everett remembers thinking. The impact of the airliner and leaking fuel produced intense heat and a smoky blaze that penetrated three of the building’s five rings.

When the firefighters entered the first floor, they found a dark area within the collapsed building. Eighteen inches of water covered the floor—it had filtered down from firefighters on the upper stories.

There in the basement Everett saw his second picture of hell—a darkness that was so complete it established itself as a presence. “You could feel the darkness,” he recalls. “Hell is the complete and utter absence of God.”

“You Start Where You Start”

When he arrived on the scene in truck No. 402, Everett muttered into his microphone, “Where are we going to start?”

His driver, hearing the question, answered, “You start where you start.”

Everett, whose faith in God is strong, uttered a quick two-part prayer. “Please give me wisdom to make good decisions that will get the job done and protect my men,” he asked. “And please protect my eyes—don’t let me see something I shouldn’t, that I don’t need to see.”

God answered both prayers. How did Everett and his men, taking 20-minute shifts, work effectively in temperatures nearly double the rating of their equipment?

“God created a tunnel of wind that left an opening,” Everett recalls. That wind tunnel effectively kept cooler air flowing and enabled them to work in the intense heat.

The second prayer was answered by the 18-inch-deep water on the lower floor. “We never saw a body, we never saw a body part,” Everett recalls. “They were there—but 18 inches of water will hide a lot.” The crash killed about 200 people, including all 64 on the plane and 125 at the Pentagon. Most of the dead were on the first floor. Everett and his men concentrated on the first and third floors.

“There were lots of miracles that day,” Everett recalls. One of them was that American Airlines Flight 77, the plane that went into the Pentagon, was only half-full. On a normal day there would have been twice as many passengers.

“And why, of all the places it could hit, did the plane go into the building at a point that had been under construction for several years and was almost completely unoccupied?” he reflects.

Everett refers to September 11, 2001, as the “second greatest day of my life.” The first, he says, was November 29, 1988, when he gave his heart to Jesus Christ. A fire truck in which he was riding collided with a car full of teenagers, an accident that impacted Everett greatly. He’d been working as a part-time insurance agent, and a client whose portfolio he’d reviewed said, “We’ve talked about life insurance. Now I want to talk about life assurance.”

The friend urged Everett to give his heart to the Lord, which he did. “I was physically different the next morning after that experience,” Everett recalls. “The change in me was real.” Eighteen months later his wife, Andrea, gave her heart to Christ, as well.

John “Larry” Everett, 40, grew up in Rockville, Maryland. He started as a firefighter with Montgomery County, Maryland, for five years, and has now had 20 ½ years with the Fairfax County Fire and Rescue Department.

From firefighter he was promoted to hazardous materials technician, to lieutenant, to Captain I, then Captain II, and this past June 24 was made Battalion Chief. He is now responsible for 75 people in seven stations, covering 80 square miles in elite western Fairfax County, Virginia.

Hopes to Be in Youth Ministry
Along the way, the gregarious Everett has earned degrees in youth ministry and church business management. After he retires from the fire department, he hopes to be in full-time youth ministry.

He has provided valuable help at Brethren National Youth Conference the last eight years, primarily in public relations and transportation.

Everett first came in contact with Grace Brethren churches while attending the Frederick, Maryland, church, where he led the youth group for seven and a half years.

The Everetts began attending the Clinton, Maryland, church about five years ago. They now live in Clinton, and Andrea works for the Clinton church as the kitchen manager.

The oldest of their three children, Philip, will enter Grace College in Winona Lake, Indiana, this fall. Rebekah is 15, and Joshua is 13.

Partly because of the 9/11 experience, and partly because of his natural skills in public speaking and human relations, Everett has a blooming career as a public speaker. With his schedule managed by a national speakers agency, he averages several engagements a month to groups ranging from 25 to 3,000.

He often speaks at school assemblies. If they ask for his Christian testimony and a call for salvation decisions, he is happy to comply. He also speaks to business and secular audiences, giving his observations on God’s protection and guidance.

Last year Everett spoke at an 1,100-student high school for a week and there were 175 recorded first-time decisions for Christ and 130 recommitments. He often uses the title “Fingerprints of God in 9/11,” and he may be contacted at eversafe@comcast.net.

This spring he was the speaker for the Ashland County (Ohio) Prayer Breakfast, a citywide gathering sponsored by a consortium of churches. About 450 attended the event and Larry Edwards, pastor of Southview Grace Brethren Church in Ashland, said, “He gave a powerful, clear, and compelling testimony.”

The assistant principal of a Georgia high school said, “Your presentation is phenomenal! You have turned a tragic event into something positive. Your motivational speech was well-received by our student body. You provided them with ‘food for thought’ in lifelong lessons.”

Although he may have seen hell on 9/11, Firefighter Everett also knows—and freely shares—the way to escape a literal hell. He has seen the fingerprints of God in 9/11.