A Movie and a Redeemed Life 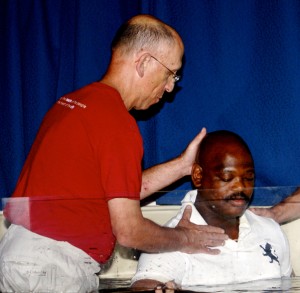 A movie might not have much to do with God, but it still can be used for His glory.

Larry Totzke, pastor of Capital City Grace Church in Columbus, Ohio, is still rejoicing over the work God did through an outreach ministry the church did two years ago. The young congregation rented a movie theater on Thursday nights and invited their community to come see movies for free.

Totzke remembers meeting Johnny, who came one night but made it clear that he wanted no part of God. Even so, he started coming to church, which meets in the same movie theatre on Sunday mornings.

“He said he liked coming because we didn’t make him dress up,” Larry remembers. “He could wear what he wanted to wear, and we were friendly.”

Nearly five months later, Johnny announced, “about a week or so ago I decided that God wasn’t my enemy, and I decided to turn my life over and become a follower of Jesus.”

“You could have knocked me over with a feather when he said that,” Larry recalls, “because that’s not what he was saying a week earlier.” 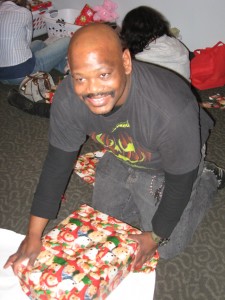 God did not stop there. A few months later Johnny was reading his Bible on the bus. The lady sitting beside him asked what he was reading, so he told her. As a result, the lady decided to turn her life over to Jesus.

“Before that bus ride was over, five people on the bus decided to do the same thing — just because Johnny was riding a bus, reading his Bible, and was willing to talk to people about what he believed.

Totzke claims none of the credit for any of this. “All we did was welcome Johnny into our church, shared with him the love of Jesus, and the Holy Spirit did the work in his heart that caused Johnny to be able to ride on the bus and do what he did,” he concludes.

What’s your story? How did Jesus find you? Share your story of redemption in the comments below.