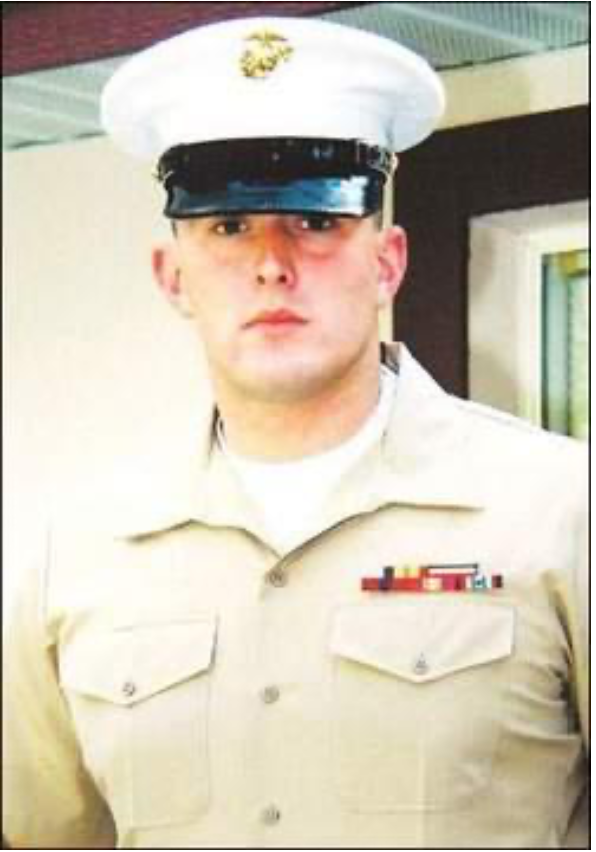 When I think of patriots, I think of those who do not complain, who bear all risks, and suffer great hazards in order to protect many whom they will never meet. I also think of courage that is silent, and not self-promoting. On the other hand, courage is quick to promote others instead.

This is how I remember Corporal Ron Payne of the 22nd Marine Expeditionary Unit out of Camp Lejeune. I met Ron at the clinic in Kandahar, Afghanistan, where he arrived, sadly, in a body bag. His First Sergeant McKenna met me in the hall, crying over the loss of this remarkable Marine— one whom he mourned because he was his military family. Later, I officiated at the airplane ramp ceremony when we placed Ron on a plane bound for Dover Air Force Base.

It was several days later that I learned more about Ron from his unit and this is what they told me. Ron was an outgoing, 6’7”, 230-pound Corporal who led Bible studies on the U.S.S. Wasp as it bore him to combat. Everyone in his platoon knew him, yet he was not self-promoting, but encouraging toward his fellow Marines and always Christ-promoting. His testimony had worked its way into many hearts. The day he was killed, Ron was leading point when the Taliban approached him. However, before the ambush that was about to happen, the rest of the platoon heard Ron challenge them saying, “We are Americans! And you do not want to block us!”

Ron was a great patriot – he displayed courage, bearing the risk of being the first to confront the enemy, and allowing time for the rest of the platoon to respond, thus saving all his men’s lives. Ron also displayed constant courage in sharing the Love of Christ while performing his mission and ministering to his men. Ron regularly shared about Christ, as witnessed by many at his memorial, saying time was short to make a commitment to Christ! Many in his platoon repeated the theme,“Time is short.” Through his life of service, patriotism, testimony, teaching, and untimely death, Ron led many to the Lord. Ron is a patriot indeed—certainly, for the country he loved, yet now eternally and for the Heavenly Country he courageously promoted!

This story was written by Chaplain James E. Schaefer.

This story first appeared in the GraceConnect eNews. To subscribe to the weekly newsletter, which contains stories of God’s working throughout the Charis Fellowship, click here.