A Reminder to Pray for Military Chaplains 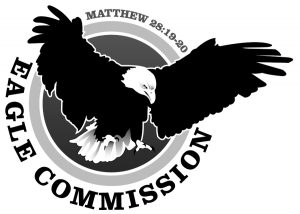 I recently received a video from Army Reserve Chaplain Jeremy Pfeister. The video was made just days before Christmas and I wish that we had been able to get it formatted and posted for you. Jeremy shared his enthusiasm for leading Christmas services with his soldiers and highlighted several who had come to faith since the deployment started this summer and even made public testimony of their faith through baptism.

But in light of the events this week in the Middle East and particularly Iraq, I made a decision to delay posting the video.  It is based on operational security and the safety of those in the video. We will post Jeremy’s video someday when it is appropriate to do so.

Tensions and “rumors of war” have heightened significantly over the past few days. In addition to the U.S. military presence already in the region, we now know that many more are heading there and that those already there are on increased security and awareness of possible retaliation.

For those who have followed these regional tensions or were deployed in Desert Shield/Desert Storm, this is not a surprise. Even during Operation Iraqi Freedom and its many phases, the tensions between Sunni and Shi’a in Iraq were always high and U.S. military were often caught between the two religious factions. It was also a known fact that Iran supported some Shi’a populations in Iraq with arms and training. Make no mistake, the Iranian general who was killed was not a good person. He has had blood on his hands for decades as he has been behind terrorist attacks for decades in the Middle East. But what is next is unknown?

When I woke up on January 1st and saw the news of our embassy in Baghdad being attacked, the words of our Lord Jesus in Matthew 24:6-8 came to my mind.

“You will hear of wars and rumors of wars, but see to it that you are not alarmed. Such things must happen, but the end is still to come.  Nation will rise against nation, and kingdom against kingdom. There will be famines and earthquakes in various places.  All these are the beginning of birth pains.”

We should not panic but be sober-minded. With this in mind, I encourage all members of our Eagle Commission to put on the full armor of God and to pray. Pray for wisdom among national and international leaders, for our own nation, for believers in that part of the world who will likely face some backlash and persecution, for our military already there and for those who will likely be joining them, for their families … and for chaplains like our own Jeremy Pfeister who will be ministering to them.

May we all commit to pray and call our churches to pray … and may we all realize that this world’s only hope for peace comes from Jesus who is the “Almighty God, everlasting Father, and Prince of Peace!”  We have a mission that has not changed … to proclaim that Jesus is Lord and is Salvation … and that our mission field is the world!

On mission!  by grace!
Mark