A Soldier of God Remembered 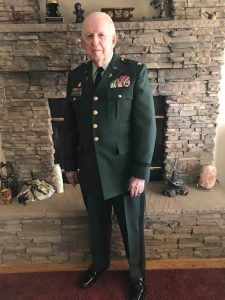 Chaplain John W. Schumacher, Colonel, (USA Retired) has been promoted to heaven to be with the Lord that he so loved and faithfully served.

John was born on June 21, 1934, near Osceola, Ind. He came to know the Lord as a child and grew up in the Osceola Grace Brethren Church (Ind.). He was a graduate of Bob Jones University (1957) and Grace Theological Seminary (1963). In summer 1961, John sensed a deep call to serve as an Army Chaplain. He entered active duty on July 15, 1965, assigned to the 11th Armored Cavalry Brigade at Fort Meade, Md. Within a year, he was in combat in Vietnam, ministering to soldiers. He later served another combat tour in Vietnam. Among his key assignments were Division Chaplain, 7th Infantry Division; Command Chaplain, U.S. Army Alaska; Ethics Instructor, U.S. Army War College; and I Corps and Fort Lewis Staff Chaplain.

John retired from active duty in June, 1995 after 30 years of distinguished service. He then served as the Endorsing Agent for the Charis Fellowship for 22 years, retiring in May 2017. During his years as the endorsing agent, more than 20 men were accessioned as chaplains to represent our Fellowship. He traveled extensively to visit the chaplains and their families, providing encouragement and guidance. His call to the chaplaincy and ensuing ministry is highlighted in his book, A Soldier of God Remembers.

In addition to his more than 52 years of ministry as a chaplain or as the Fellowship’s endorsing Agent for military and VA chaplains, he traveled to several former Communist countries to lecture and train their military leaders on ethics and the need for chaplains. He served on the board of directors for Grace Schools, Grace Brethren North American Missions, the National Conference on Ministry to the Armed Forces, and several evangelical organizations. He valued his many years in Alaska. He was deeply involved in many ministries in Alaska, even during his retirement years — sharing in his hobbies of hunting and fishing. In retirement, he continued to serve as a volunteer chaplain to the Maricopa County (Arizona) Sheriff’s Department and the U.S. Marshals Service. 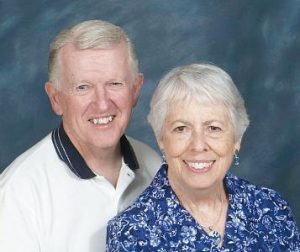 John had a deep love and appreciation for all veterans and current members of the military and their families. He called everyone who served in the military “my hero.” But for those who knew him, he was our “hero.” He was a man of deep faith, love, kindness and wisdom.

John is survived by the love of his life, Martha, their four children: Laurie (married to Lou Huesmann), Julie, John (married to Christine) and Eric (married to Janetta); eight grandchildren; and one great grandchild.

Information about a service to celebrate John’s life as well as burial arrangements will be made public as soon as they are available.