A member of the congregation at Grace Church, Bath Campus, a Grace Brethren church in Akron, Ohio (Jeff Bogue, senior pastor), has died trying to save a struggling swimmer in Lake Erie. Peter Radke, a small group leader at the church whose wife sings in the worship band, died while helping to rescue a teenage girl. Today’s Akron Beacon Journal tells about the events. A portion of the article appears below. Click here to read the complete story. 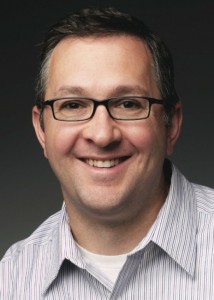 Peter Radke had a servant’s heart, so it comes to no surprise to his friends and co-workers that he died trying to save someone.

Authorities said Radke, 43, of Medina, died Saturday afternoon while trying to save a female from the waters of Lake Erie. Family friends said they believed the girl was about 14 years old.

A U.S. Coast Guard official said Radke was among a group of people at Huntington Beach in Bay Village, celebrating a birthday party, when a female went out to the water to swim.

When she was having trouble, a group of people, including Radke, went out to get her. The teen was rescued and has not been identified by authorities.

Senior Pastor Jeff Bogue of Grace Church in Bath Township, where Radke, his wife, Michelle, and their two daughters and two sons worshipped, said Sunday afternoon that it is his understanding that Radke did not know the girl, but that wouldn’t have mattered.

“My understanding is she was in distress, and that Pete and several others went in to help her. He was able to push her onto the rocks onto safety. In that process, he lost his life, and we don’t know how exactly,” said Bogue, who said Radke was a strong swimmer. Bogue said it’s unknown if Radke hit his head, or if there was another reason he went under the water.

“He gave his life for hers,” said Bogue of Radke, who was a small group leader at Grace Church and whose wife sings in the worship band. “There’s a passage of scripture that jumped to my mind right away. In talking about Jesus, it says, ‘There’s no greater love that a man has than to lay down his life for a friend’—that’s what you’re looking at. A guy who gave his life for a kid.”

Friend Adam Rissmiller said Radke was a humble servant who was always looking for opportunities to give and share.

“Pete was more interested in significance than success, and he would say it just like that,” said Rissmiller, who connected to Radke through LinkedIn before they both realized they attended the same church. The two men would often meet for breakfast. “Pete should be known for the significance he had. He was a connector. He was really good at connecting people; finding people that had needs and filling those needs.”

Rissmiller also said, “It’s not surprising that his last act of service in this life was what he did to save that girl’s life.” Rissmiller said he believed the girl to be around 14 years old.