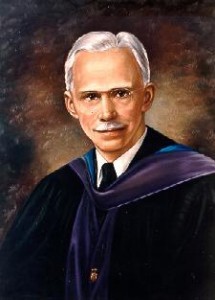 In the November 18 edition of the Sunnyside (WA) Daily Sun News is a monthly column called Over the Shoulder. It’s a look back in time from the newspaper files. In an item headlined, 100 Years Ago (1911) this appears:  “Sunnyside Nursery Company shipped 30,000 Christmas trees to Oregon, more than doubling the nursery’s business from the previous year.”

This nursery company was started in 1909 by Walter S. McClain and H.M. Lichty and employed one Alva J. McClain, who became skilled in raising, pruning and budding apple trees.  Alva was 20 years of age when he began working for his father and history would note that those were the years when he was a “tad on the wild side.”