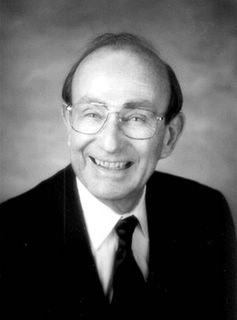 Note from Terry White: A courageous crusader who has had enormous impact in the area of encouraging journalists to impact the world for Christ has passed away. When encouraging churches to sponsor Christian writers groups I always suggest they refer to the Church Writers Group material on Jim’s website at www.amyfound.org. This article by Michael Ireland details some of Jim’s impact.

Russell was president and founder of The Amy Foundation, known primarily for its sponsorship of the Amy Writing Awards, the Amy Pastor Awards, The Discipled Nation Plan Workbook Series and the Church Writing Group Ministry.

Russell received the Doctorate of Humane Letters from Greenville College, Greenville, Illinois, in May of 1995. He spoke at various functions on the subject “Awakening the Giant,” not coincidentally, the name of his first book published by Zondervan in April, 1996. He was a regular subject of radio interviews with repeat broadcasts on such programs as PrimeTime America on the Moody Broadcasting Network

The Religious Heritage of America Foundation presented Jim and Phyllis Russell with the Faith in Action Award at their 49th Annual National Awards Program October 8, 2000 in Washington, D.C.

This award is presented to those who are wholeheartedly committed to actively engaging the culture and reaching the world for Christ. Through their obedience, they are helping to change the culture and restore the moral and spiritual values we hold dear as a nation.

The Amy Writing Awards calls for presentation of biblical truth reinforced with scripture in mainstream print media. Now in its twenty-first year, it is acclaimed as the most popular journalism contest in the nation. The “Becoming A Christ-Centered, Disciple-Making Church” Brochure is used at Christian seminaries, Christian writers’ conferences, and churches across the nation.

The Discipled Nation Plan Workbook Series is a 40-lesson plan for discipling self, family, congregation and neighborhood. The Church Writing Group Ministry supports discipling through letters to the editors, point of view columns and book reviews in local newspapers nationally.

On March 20, 2002 at the 2002 Awards Gala in Los Angeles, CA, The Christian Film & Television Commission awarded Jim Russell with a Movieguide Award, the Crystal Bear presented by Dr. Ted Baehr, for his impact on redeeming the values of the press.

An entrepreneurial businessman, Russell served as CEO of TMG, made up of three Michigan corporations: RBF, Inc. of Lansing; Arbor Press Printing of Royal Oak; and AM Press of Royal Oak. Married to Phyllis for 56 years, they have five children, ten grandchildren, and two great grandchildren.

“It is with a heavy heart that I bring the news that our founder, Jim Russell, Sr. has passed away earlier today. Mr. Russell will be remembered by all of us not only for the successful business of 40 plus years that he built, and the founder of the Amy Foundation, but also as a family man, a loving father, a mentor, a pilot, a runner and a man of God. Our hearts and prayers go out to Mrs. Russell, his wife of 57 years, Kathy, Jim Jr., Vicki, Lori, and Amy and their spouses as well as his 10 grandchildren and two great grandchildren,” writes Mary Spagnuolo, Administrative Assistant for Mr. Russell.

Details regarding funeral service arrangements are not yet available.