Word has been received of the unexpected death of Andrew Shipley, son of Pastor Steve and Hally Shipley of Fort Myers, Fla. He suffered a massive brain hemorrhage while on vacation, was rushed into emergency surgery where they were unable to save his life. The bleeding was caused by undetected/undiagnosed Leukemia. His obituary appears below. 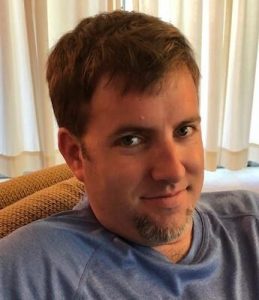 Andrew Michael Shipley, of Cape Coral Fla., passed into eternity with Jesus Christ his Savior unexpectedly on July 2nd, 2020 from an undiagnosed illness in central Indiana, at the age of 39.

He moved to Fort Myers, Fla., in 1990 when his father became pastor of Grace Brethren Church of Fort Myers, now Villas Grace Church. Drew graduated from Cypress Lake H.S. in 1999. He attended Word of Life Bible Institute, NY, and Grace College. He was most recently employed at i2 Visual, Inc.