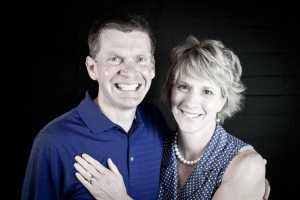 Anne Brown, wife of Pastor Jim Brown at Grace Community Church, Goshen, Ind., has been named one of the 2014 Women to Watch by Sassy Magazine.

Click here to vote for her to be featured on the cover of the December issue of the magazine.

“Making the Sassy Magazine ‘Women to Watch’ list has had me pondering on how I define ‘sassy,'” she wrote on her Facebook page. “This is what I came up with: Living confidently with courage from my God-designed feminine heart in a way that does not settle for less than God’s best for ME. With these verses in mind: The wicked flee though no one pursues, but the righteous are as bold as a lion. (Proverbs 28:1 NIV)and For the Spirit God gave us does not make us timid, but gives us power, love and self-discipline. (2 Timothy 1:7 NIV)

She will be among those announced on stage at the annual Sassy Glitz and Sass Holiday Fashion Show on November 6, 2014, at the Morris Inn at the University of Notre Dame, and will receive special gifts from Sassy Magazine and its partners throughout the year. Each Woman to Watch will also be featured in the December issue of Sassy Magazine with their bio and a headshot, on the MichianaSassy.com website, social media, press releases, featured on the Glitz and Sass Holiday Fashion Show video and will be included in VIP events and special invitations throughout the year.

All of the 20 Women to Watch will be featured by the magazine in its Fan Favorite social media contest promotion where the public can vote for their favorite nominee from the Class of 2015. The women who receives the most votes via this Facebook/social media contest promotion will be featured on the December 2014 cover of Sassy Magazine! feature in the December 2014 issue of Sassy Magazine