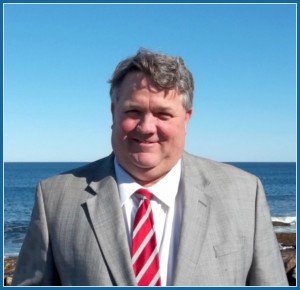 “I once heard someone refer to New England as the ‘graveyard of pastors,’” said Jack Brown, founder and current pastor of North Shore Bible Church (NSBC), a Grace Brethren congregation in Cape Ann, Mass. (That’s him in the photo below.) “We started with a mind to plant churches in New England on Cape Ann and the north shore of Boston.”

The church is rooted in an April 2000 meeting, when a group of about 25 people met to discuss the potential of starting a new church that was committed to the sufficiency of the Bible. As they met weekly for worship and prayer, God prospered that small group. It was not long before they outgrew their meeting place. Then, the Lord opened up the doors of the Cape Ann Food Pantry, which became their meeting place for a number of months before moving to their current location in Essex in February of 2002.

Now they are going even further.

“We just initiated GROW New England – a church planting ministry,” explains Brown. “Over the next year and a half, I will be backing down role as pastor, and spending more time recruiting potential church planters. Dana Moore will begin to transition into a new role as senior pastor of NSBC.

“New England is such a needy area,” Brown continues. “You’ll only find one or two evangelical gospel preaching churches. Many are very liberal. He says that in 2009, New England was noted as the most pagan area of the United States of America.

“I’ve been in New England for 17 years, and I truly believe more than ever that the fields of New England are white unto harvest…and so we are looking to reap that harvest by planting churches on Boston’s north shore and throughout New England as God would allow us.”