A member of the Grace Brethren Church, Ashland, Ohio, is among those selected by the Ashland City Schools Foundation (ACSF) and members of the Distinguished Alumnus Award Committee be honored as members of the Ashland High School Distinguished Alumnus Award Class of 2017. Jane Roland, class of 1976, is among the inductees, which also includes Gaylord and Beulah Miller, class of 1943; and Jeff Snook, class of 1978. The announcement was made in yesterday’s Ashland Times-Gazette. A portion of the story appears below. Click here for the complete article.

Four AHS graduates to be honored 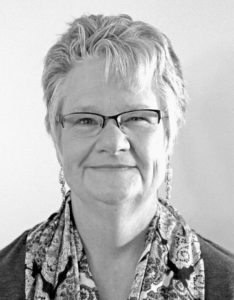 Jane Roland is the administrator of the Ashland County Veterans Service office in Ashland, where she has worked 40-plus years. She is a member of the Ohio State Association of County Veterans Service Officers (OSACVSO), where she is on the board of directors as an officer of the association by serving on the Ohio Department of Veterans Services (ODVS) Advisory Committee. Roland is the first woman and the only non-veteran to serve on the committee. She serves as vice chair of the committee, once again being the first female to hold this position and the first non-veteran. Roland served OSACVSO as registration chairman for 14 years prior to serving on the ODVS Advisory Committee. In addition, she teaches the New Service Officers School bi-annually, with a team of three others in conjunction with OSACVSO and serves on the Education Committee. On the national level, she belongs to the National Association of County Veterans Service Officers (NACVSO) where she served as Conference Director and was on the executive board. She continues to serve as time and place chair as well as contract training chair, being part of the contract training team, which takes her all over the United States to train Service Officers. She was recognized in 2002, 2004, 2007, 2011, 2012, 2015, 2016 and 2017 by this association for her outstanding sustained contribution and service to NACVSO.

She has been named to Outstanding Young Women of America and was inducted into the 2003 class of Ashland County Women of Achievement, where she currently serves as president of its board. She has served on the ACCADA Board, the Oakbrook Condo Board of Managers as vice president and the Ashland Historical Society Board. She currently serves on the Ashland Symphony Orchestra Board as well as the Ashland County Cancer Association Board. Roland is a member of Ashland Grace Brethren Church where she sings in the choir, was a member of the Business Commission as well as the Music Commission.

Roland is a graduate of Ashland High School, Class of 1976, where she was active in the A Cappella Choir and had leading roles in “The Sound of Music” (1975) and “The King and I” (1976). She was named Outstanding Musician her senior year in high school and attended Lorain County Community College. She is a lifelong resident of Ashland County, where she is often heard singing the National Anthem for various programs on the local, state and national level. She has sung for the Akron Aeros, for the Mitt Romney campaign in 2012 Presidential election, for the Div. II Women’s National Basketball Finals in Columbus, Ohio and in 2005, 2007 and 2009 she sang the National Anthem at the State House in Columbus as a guest of Sen. Bill Harris for the swearing in of the Ohio Senate.