Assessing Risks and Taking Them 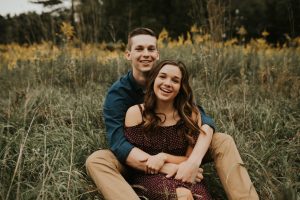 Choosing a college, deciding on a major, and following through to graduation can feel like a risky thing. There are countless uncontrollable factors involved in the journey–from stepping onto a college campus to stepping into your first job. You will constantly be challenged to evaluate risk–much like the role of an actuary.

A graduate of Faith Christian High School in Lafayette, IN, Gavin had heard about Grace through several high school teachers who are Grace alumni, one being his basketball coach. As Gavin weighed his final two choices senior year, Grace and Purdue, he realized Grace had several qualities that were familiar to him. “I really liked the smaller atmosphere at Grace,” Gavin said. “I was used to having that…where you kind of know everyone,” he added.

Without even realizing it, Gavin was managing risk in his college search. As Gavin assessed the facts and planned for his future, the odds were stacking up in Grace’s favor:

-The risk of having tuition increases each year–0%.

-The risk of being eaten by a shark in Winona Lake–0%.

-The likelihood of getting to ride on the Grace boat–high.

-The chance of receiving financial aid/scholarships— 99%.

-The likelihood of landing a job after graduation–96%.

-The chance that you will be given the opportunity to travel the world for class credit–100%.

Gavin liked these odds. To Grace, he would go!

The only problem: he didn’t know what he wanted to do. He enjoyed working with numbers, and he liked his math classes in high school. That’s when Gavin’s dad found Grace’s actuarial science major. Gavin was sold when he learned that a career as an actuary is hard to beat in almost every category, such as work environment, employment outlook, job security, growth opportunity, and salary.

According to Gavin, there is constantly room for advancement as an actuary, and it’s a good field because it will always be around. Although difficult, he considers his work stable, reliable, and important as the backbone of financial security.

Gavin remembers his math professor, Dr. Ryan Johnson, as the most influential in shaping him to be the mathematician he is today, and the course, “Probability Theory” was the class that most prepared him for the first of ten actuarial exams that are required to advance in actuarial science.

After Gavin graduated in May of 2019, he married Sarah, his college sweetheart, and fellow RA, and they moved to Cincinnati, Ohio. Sarah works as a special-ed teacher right across the Indiana border, and Gavin works for Cincinnati Insurance Company as an Actuarial Analyst. (This was one of the two companies that hired him less than two weeks apart, and Gavin received this job in his field only three years after starting as a freshman at Grace.) So far, he has passed two of his exams and is approaching his third in the upcoming weeks.

Gavin’s dream is to become an analyst for a college basketball team. Grace’s actuarial science program has put him on the right track in pursuing that dream.

Gavin’s journey was filled with risk, but his education at Grace gave him the skills he needed to evaluate risk every day, as he does now as an actuary. As Gavin takes his next steps forward, he is supported by his Grace family, which has trained him – and all other students – in the ways of Grace.

Interested in actuarial science and evaluating risk as you work to solve problems creatively? Explore our accounting and finance majors as well. There are a variety of options in our Department of Science and Mathematics and we would like to offer you guidance as you begin your journey through Grace!

Warning: your risk of growing in your academics, faith, and community life at Grace is extremely high. – from grace.edu