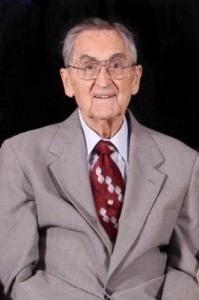 Word has been received of the passing on to glory of Pastor Russell Ward, the founder of the Basore Road Grace Brethren Church in Dayton, Ohio. No details are available yet, but they will be posted as they arrive. This historical information is from the website of the Basore Road church.

On April 7, 1963, the Meadowdale Brethren Bible Class, under the direction of Rev. Russell Ward, held its first worship service in a rented home on Siebenthaler Avenue in northwest Dayton.

Three months later, a four-acre parcel of land on Basore Road was purchased. It would be two more years until building plans were approved and construction of a first church building was started. The first worship service was held in the “unfinished” church on March 5, 1967.

As the church continued to grow, it was able to call Pastor Ward to full-time status in April 1971. In 1978, as the congregation grew, it was obvious that additional staff would be necessary. On February 5, Phillip Steele was unanimously called to be Minister of Christian Education, and began his ministry on February 20.

The next year, Pastor Steele resigned to take the position of Senior Pastor at Vandalia Grace Brethren Church. In July 1979, Brian “Skip” White was called to take his place as Minister of C.E.

The church once again went through a period of accelerated growth, and expansion of the church building became necessary. In 1983, a two-story addition was completed including classrooms, nurseries, offices, and a multi-purpose room.