New Generation Community Church is nearing its official launch as members hold start-up parties around and in the Harlem neighborhood of New York City. The congregation is a relaunch of a former Charis Fellowship congregation, New Horizon Church, and is being led by Laban Reeves.

A Liberian native, Laban immigrated to the United States where he obtained a degree in electrical engineering. His interest in the music industry, eventually led him to become a platinum music producer for various hip hop artists, generating several platinum projects. In 2005, as Laban felt as though God was removing him from the music industry, he met Michel Faulkner, then the pastor of New Horizon Church, who recruited him to plant the New Horizon Church. 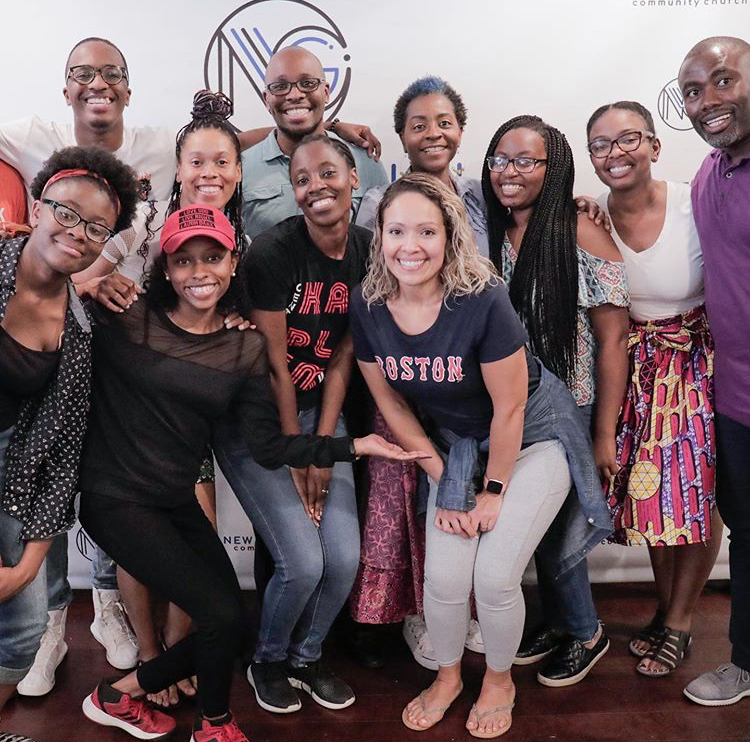 Around the same time, Laban met his wife, Charity, who was the first person to come to faith in Christ at New Horizon, he became the assistant pastor in 2013. In 2017, Laban took on the role of lead pastor of New Horizon, feeling that God was leading the congregation in a new direction. But it wasn’t what he expected.

In May of 2018, the congregation of New Horizon decided to relaunch as a church. They only took one Sunday off of worship and when they came together the following week as New Generation Community Church, there were 25 people in attendance. Three weeks later, after moving out of the space they had been leasing for services, the attendance dropped to eight adults.

“It was a very humbling time,” says Laban, “and we just kept praying!”

One Friday night, the church received the news that they would not able to meet on Sunday in the new space they had just begun renting for launch team meetings. Laban decided the best thing to do was to pray for God to provide a new facility where they could meet. He began to walk around a local park and while praying, he met the owner of an art gallery, who allowed the church to meet in his gallery. The owner’s brother-in-law, Luc Josaphat, and his wife are now a part of the launch team for New Generation.

“I am really excited about the mission of New Generation Community Church. I think it is vital for a church to really guide its members to have a real relationship with Jesus Christ,” says Luc. “Additionally, God has been working through Laban to be thoughtful about bridging the gap — socially, spiritually — and economically, in Harlem.”

The launch team also consists of former New Horizon members, including Serena Shields, who has known Laban and his wife for 12 years.

“I love being part of creating culture and becoming the church that I want to see in the community,” says Serena. “So far, I have been pushed to break habits, grow in my relationship with God, and look beyond myself to serve others,” she adds. “It can be easy to do things because it’s tradition, but the launch team has been intentional and prayer-led in making sure what we’re doing makes sense and genuinely helps others. We want to eliminate barriers that have kept people from church and God by building through real, genuine relationships.”

The congregation has grown to nearly half way of their launch team goal. They want to have a total of 45 people committed to being a part of the church before they go public. New Generation Community Church is set to open later this year.