Betty Hall is With the Lord 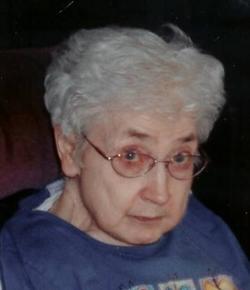 Born in Wood County, West Virginia, on December 5, 1923, Betty attended Philadelphia Bible College for two years before her marriage to Ralph C. Hall on June 28, 1947. They lived in Winona Lake, Indiana, while Ralph attended Grace Seminary, from which he graduated in 1951.

Then she was a pastor’s wife and homemaker in Johnstown, Pa; Columbus, Ohio; and Meyersdale, Pa. They moved back to Winona Lake where Ralph served as a national church architect and she was a homemaker and caregiver for their parents.

In 1983 the Halls moved to Bradenton, Florida, where Betty assisted her husband with office work for his private architectural service. In recent years they had moved back to northern Virginia to be near family.

She is survived by her husband, Ralph; daughter, Nancy Bell of Winchester, VA; and son, Steve Hall of West Palm Beach, FL; and three grandchildren.

Memorials may be made to Blue Ridge Hospice, 333 W. Cork Street, Winchester, VA 22601. There will be a graveside service in Lowell, Ohio, on Friday, May 19.

Condolences and messages of comfort may be sent to Ralph Hall at 214 Lilys Way, Winchester, Va 22602.