BMH Author Honored for 40 Years of Service at Church

Larry McCall, a Grace College alumnus and and BMH author, was featured in an article from Ink Free News. A version of this story originally appeared here. Find Larry’s books “Loving Your Wife as Christ Loves the Church” and “Walking Like Jesus Did” on the BMH website here. 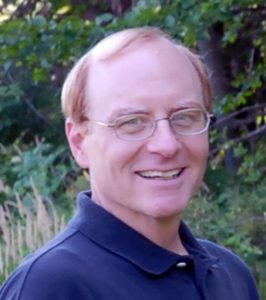 The church will mark a rare milestone: Larry McCall’s 40th year of serving as a pastor of the congregation. After graduating from Grace College and Seminary in the late 1970s, Pastor Larry McCall and his wife Gladine moved back to their home state of Pennsylvania for a few years before accepting the call to return to Winona Lake in October 1981.

The McCalls have been incredibly fruitful over the last four decades as they have poured their lives out in service of others. They have modeled a healthy marriage – raising three children – and now are delighting to invest in their seven grandchildren.

Larry has served as the lead pastor of CCC throughout much of his tenure, faithfully leading the church by preaching the Word, overseeing the staff, and caring for the souls of members. In addition to his ministry at CCC, Pastor Larry has written three books, served on various boards and established a non-profit called Walking Like Jesus Ministries. He has increasing opportunity to utilize his teaching gifts across the country and around the world.

Gladine has used her gifts to serve the church in a variety of ways over the last four decades as well, giving particular attention to the mentoring of younger women.

Though Pastor Larry will no longer be serving on the paid staff of the church, he is not retiring from pastoring. He will continue to serve on the pastoral team of the church, helping the next generation of leaders care for the church that he and Gladine love so much.

Those who have been blessed by the ministry of Larry and Gladine McCall and would like to express their appreciation may send an email to 40years@christscovenant.org.