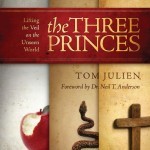 BMH Books of Winona Lake had its second-highest gross sales total in the company’s 72-year-history during August of 2012, according to John Leonard, BMH Books division manager.

With gross sales of more than $60,000, the August sales were topped only by February, 2005, when one large customer bought a massive quantity of books. The gross total that month was $76, 341.

“It somewhat amazes us that paper book sales are so good right now,” commented BMH Books publisher Terry White, “since all the press is about the growth of digital publishing and the decline of traditional bookstores.” Leonard noted that BMH’s largest customer now, by far, is Amazon, with a number of Amazon warehouses being serviced every week. Most of BMH’s new products are available digitally and older products are being converted as convenient.

Noting that industry standards generally realize that about 40 percent or more of profit comes from new products, White particularly praised new releases The Three Princes by Tom Julien and Beyond Desolate by Tammy Schultz and Hannah Estabrook for their fast start in the marketplace. 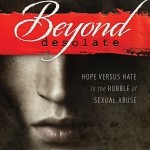 August is traditionally a high sales month, according to Leonard, because many academic institutions are ordering textbooks for fall classes. BMH currently services some 200 accounts among seminaries, Bible Colleges, and Christian schools.

“What thrills us more than the numbers,” commented Liz Cutler Gates, executive director of BMH, “Is that we know God is using these books to disciple and strengthen believers and to be a force for God in peoples’ lives.” She continued, “There is no way to measure the immense satisfaction our staff receives from letters and reader feedback saying their lives have been changed by BMH products. To God be the glory!”

A complete listing of BMH Books products may be seen at www.bmhbooks.com