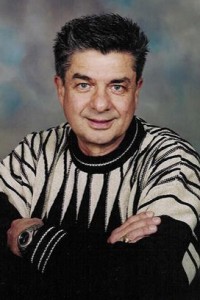 James M. Pearson, author of the BMH book, Minefields in the Marketplace, died July 10, 2012, at his home.

Born in Toledo, Ohio, James was the senior pastor with Brookside Community Church for 15 years He was formerly the senior pastor at Bethel Evangelical Free Church in Fargo, North Dakota, and an associate pastor with Blackhawk Ministries. Pearson earned a bachelor’s degree from the University of Toledo and a master of divinity degree from Grace Theological Seminary in Winona Lake, Ind. Prior to entering the ministry, he worked in marketing and sales with corporations in Ohio and Indiana.

Pearson’s “Minefields” book is described as, “a compelling look at six ethical minefields in which many Christian businessmen and businesswomen get caught.” It has been translated into several languages for overseas distribution.

James was preceded in death by father, Robert Pearson, and son, Drew Pearson and brother Robert Pearson. Pearson’s 27-year-old son, Drew, a professional golfer, was killed in a tragic accident in Florida in December of 2008.

The funeral service is Friday, 10 am, July 13, 2012 at The Chapel, 2505 W. Hamilton Road in Fort Wayne with a gathering one hour prior. Pastor Rick Hawks and Pastor Kelly Byrd officiating. Calling will be Wednesday, 4:00 pm to 7:00 pm, and Thursday, 2:00 pm – 7:00 pm at The Chapel. Burial in Riverview Cemetery , Churubusco, Indiana. Memorials may be made to the The Drew Pearson Memorial Fund. To sign the online guest book, go to www.mccombandsons.com.