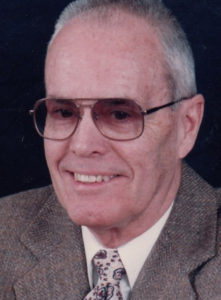 Bob received his Bachelor degree from Bob Jones University in 1950, and his Master of Divinity Degree in 1953 from Grace College and Theological Seminary in Winona Lake. With his wife Joyce and family at his side he served the Lord as a Grace Brethren minister in pastorates in Lake Odessa, Mich., from 1953-1955; Grandview, Wash., from 1955-1962; Philadelphia, Pa., from 1962-1969; Telford, Pa., from 1969-1978; Hollidaysburg, Pa., from 1978-1990; and Berne, Ind., from 1990-1996.  He served 45 years as a senior pastor as well as traveled the mission fields in France, Germany, Africa, Puerto Rico, Mexico, and Argentina. For 20 years he served as business manager for Christian camps in Michigan, Northwest, and North Atlantic districts.

Upon retirement Bob remained just as active and worked part-time for 20 years as a funeral attendant, the last ten years at Redpath-Fruth Funeral Home, Warsaw, Ind. Once a minister always a minister…over the years while working at the funeral home he had the privilege to officiate many funerals for families without a church home who lost a loved one.  He was a member of Winona Lake Grace Brethren Church, he attended as well as preached services at Grace Village Chapel at Grace Village Retirement Community. He was a loving husband, father, and a true man of faith. He will be dearly missed by his family and friends.

Visitation will be held on Wednesday, September 27, 2017, from 4:00 – 7:00 p.m. at Redpath-Fruth Funeral Home, 225 Argonne Road, Warsaw, Ind. His funeral service will follow at 7:00 p.m. on Wednesday, September 27, 2017, at Redpath-Fruth Funeral Home and officiated by Pastor Bruce Barlow and Chaplain Bryan Benjamin. Burial will take place at Pike Brethren Church Cemetery in Conemaugh, Jackson Township, Pa., in Cambria County, where Bob was born.

Memorial donations in Bob’s memory may be directed to Grace Village Retirement Community, 337 Grace Village Drive, Winona Lake, Ind.  46590 to go towards the Grace Village Caring Friends and would be appreciated by his family.