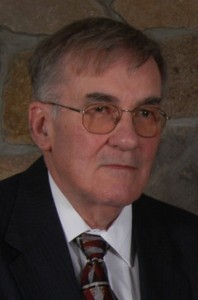 We have received word of the June 2014 death of Bob Hoeppner, a friend of Grace College and its students. He moved to Warsaw, Ind., to become president of Grace Manufacturing, a company that employed many Grace students and gave profits to Grace. His obituary appears below.

He was a resident of Kosciusko County, Ind., for the past 44 years. Bob graduated from Isaac C. Elston High School in 1948. He also attended the University of Chicago, Department of Continuing Education (Business Management) and Purdue University (Computer Technology).

His employment included the New York Central Railroad, Signal Department; also he was vice-president of application engineering at The Hays Corporation in Michigan City, Ind.  In 1969 he moved to Warsaw, Ind., to become president and co-owner of Grace Manufacturing, Inc., a company set-up to employ Grace students and give profits to Grace.

He was in the U.S. Army and served with the 324th Army Band in Aberdeen Proving Ground Maryland and was honorably discharged in 1961.

Bob served in many Baptist churches as a Sunday School Teacher, church treasurer, board of Deacons, and building committee chairman. He also served on the founding school board of Lakeland Christian Academy.  In addition to his church work, Bob enjoyed many years of amateur radio…his call was K9LZV.

His funeral service was conducted on Wednesday, June 18, 2014, at Redpath-Fruth Funeral Home, Warsaw, Ind., and officiated by Pastor Bruce Barlow. Burial followed with a graveside service at Oakwood Cemetery of Warsaw.