Both Sides of the Pulpit 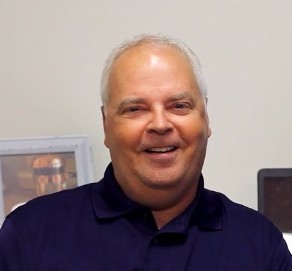 Mitch Van Rassel is the president of the Grace Brethren Fellowship in Canada. He’s also a pastor at Renew Church, as well as wearing other hats within the multi-campus church. But the road to his current responsibilities in the church was a long one.

“Back in 2002, I was going through a difficult time in my personal life,” Van Rassel (pictured at right) explains. “I had attended the Catholic church my whole life. Then one day, I came home from work and found something hanging from my front door announcing the launch of a new church that was opening in a movie theater a couple miles from my house.” He decided to visit.

That next Sunday morning, he went to the first service ever of Real Life Community Church, the second Grace Brethren church plant in Canada. It was fairly clear to Van Rassel that things didn’t go exactly as the organizers had planned. However, it still made enough of an impression on him that he decided to come back the following week.

“I’d been going to the same church for about ten years, and I could go in and out of that crowded church every Sunday morning without exchanging a word with anybody,” he recalls. “And here I was my second week at Real Life (now part of multi-campus Renew Church), and I walked in and six different people went, ‘Hey, Mitch, good to see you.’ For me, that was invaluable. I kept coming, and it wasn’t long before it started to feel like family.”

With a new church family came a new realization for Van Rassel: that he needed to dig deeper into the Word of God, and take his faith beyond just Sunday mornings. He started meeting with other believers during the week, volunteering at events, and study God’s word more seriously.

As time went on, Van Rassel was asked to take on more and more responsibility within the church, and he went deeper and deeper into his walk with God. He was asked to be an elder, to sit on the Grace Fellowship board, and to lead a house church. His faith was flourishing alongside and as a result of, these growing responsibilities. So it was no surprise when former president Bartley Sawatsky stepped down as president, Van Rassel was nominated to replace Bartley as president of the board. Then, he was met with trials.

“At that point,” Van Rassel explains, “I was still serving as an elder at our church and I was working in the corporate world. I was teaching this Bible study on finding God’s will for your life and we were praying for God to show us His individual plans for us. In response to those prayers, a whole bunch of things happened in my life that I would never have chosen…I became quite ill, then I had a heart attack. My disability claim was denied and I went a year and a half without income. People close to me have told me since that they feared I wasn’t going to be around much longer.”

But Van Rassel recovered, and during the time off, he had the opportunity to get more involved in organizational issues and some conflict resolution at the church. This led to an opportunity he’d never even thought of: teaching God’s word from the pulpit.

“At one point somebody asked me if I’d ever thought of preaching. And I’ve done a fair bit of public speaking, but never from the pulpit. And I so I said I’d give it a try.”

In addition to teaching from time to time, he took on other leadership responsibilities that led to him becoming the Administrative Pastor of the newly formed, multi-campus Renew Church in 2015. God had brought him full circle: up from a curious visitor to someone responsible for teaching the word of God to others.

“Because of someone hanging that flyer on my front door, there’s a really, really good chance that my grandchildren, who aren’t born yet, are going to grow up loving Jesus. And I feel that I’m exactly where I’m supposed to be.”