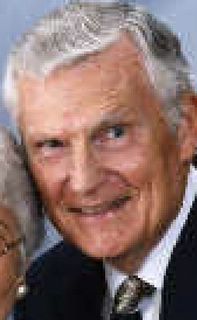 The following article, by Fort Wayne Journal-Gazette writer Sarah A. Meisch, is reproduced to further explain the life and ministry of Robert Boze, who went to be with the Lord Monday.

Robert L. Boze was many things – physician, missionary, pilot and avid bowhunter – but most important to those who knew him, Boze was a man of faith.

“If there ever were a man ready to stare Jesus in the face and say ‘Hi,’ that was him,” Boze’s son Mike Boze said.

The elder Boze, 79, died late Monday afternoon – two weeks into bowhunting season – after he either fell while climbing his tree stand or just after getting into his tree stand, his son said.

Robert Boze practiced medicine in Berne for 45 years, retiring in 1998, his son said.

But he didn’t leave medicine completely.

From July 2001 to August 2002, he and his wife, Phoebe, were medical missionaries in the Central Africa Republic through Grace Brethren International Missions.

“He got to practice medicine in a way that really reflected his personality,” Mike Boze said. “He would improvise, and people were in awe of like ‘M*A*S*H,’ what he could pull off.”

“Doc and Mom Boze had a fantastic time and related well to the people,” Taylor said.

Taylor said that Boze’s years as a rural physician prepared him well for the challenges of medical missionary work by teaching him “common-sense medicine.”

Taylor knew about Boze’s talents long before he worked with him as a missionary. He and Mike Boze were college roommates and once, when visiting the Boze home, Taylor got a chance to go on hospital rounds with Robert Boze.

“His manner with patients was terrific,” Taylor said. “I thought, ‘I think I’d like to do that stuff.'”

Taylor, who was working as an emergency medical technician at the time, became a physician’s assistant.

Carolyn Sprunger, who worked with Boze as a registered nurse for 37 years, said he was a godly man.

“He was a man who practiced his Christianity,” Sprunger said. “He lived it.”

Boze, a general practitioner who also did minor operations, could relate well to patients because he had had tragedy and misfortune in his life, she said.

“He lost a son very tragically, so when other people had tragedies they’d listen to him because he knew the heartache of losing a child,” she said. “He knew hardships. He lost his home to fire twice.”

“He was wonderful to work for … he was very compassionate, very fair, very diplomatic. I couldn’t have had it any better.”

“He took care of the grandparents, the parents and the children,” Baird said. “His patients were very loyal to him.”

Although by the time Baird met Boze in 1989, Boze had stopped doing house calls – common in the early years of his practice – he was still there for his patients 24 hours a day.

“He would meet them at the office or the ER,” Baird said. “He was a very caring man.”

Boze, a World War II Army Air Force veteran, loved to fly and taught both of his sons how to when they were in high school.

“It was an incredible gift,” Mike Boze said.

In addition to Mike Boze, Robert Boze is survived by his wife and son, Jeffrey Boze. He was preceded in death by a son, Timothy.

Funeral services are scheduled for 10:30 a.m. Saturday at Bethel Brethren Church, with calling one hour prior. Calling also will be from 2 to 8 p.m. Friday at the Yager-Kirchhofer Funeral Home, Berne. Memorials may go to Grace Brethren International Missions.