Brethren Christian High School, which began in 1947 under the auspices of what was then the First Brethren Church, Long Beach, Calif., has announced it’s closing. It’s first classes were held at the Brethren Church in Seal Beach, Calif. (now Grace Community Church, Bob Wriedt, senior pastor). Other Grace Brethren/Charis Fellowship congregations in the region were also early sponsors. A story in the Daily Pilot includes some of the details. A portion of the article appears below. Click here to read the complete story. An article from the Orange County Register is also included below.

‘It’s the end of an era’: Brethren Christian High School closes after 73 years of operation 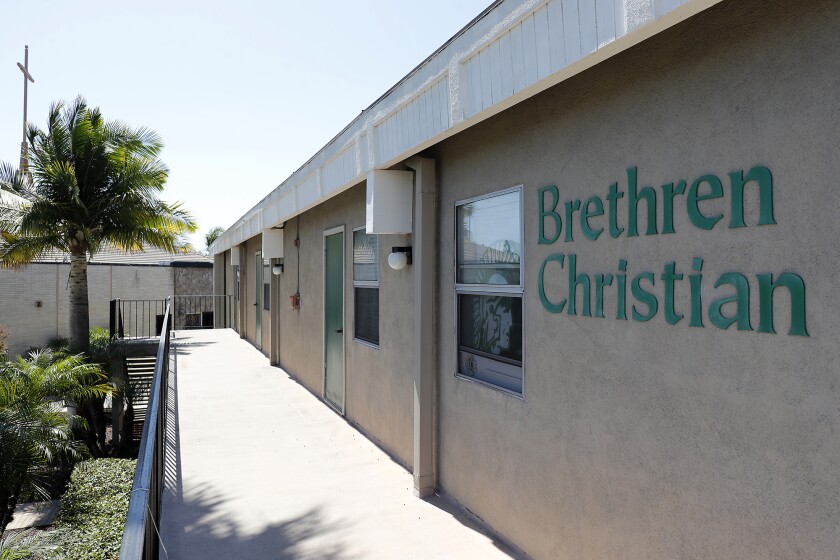 But her own was — and only one year after she graduated from Brethren Christian High School in 2019.

Coaches and a parent of a recent graduate of the private Huntington Beach school confirmed Tuesday that they received emails stating that the school would be closing ahead of the 2020-21 school year, with alumni saying that they found out through social media.

The school was located at the Gisler Middle School campus on 21141 Strathmoor Lane until recently after a long-term lease with the Huntington Beach City School District ended last year.

The school relocated to 6931 Edinger Ave. just last year, making Donahoe part of the last graduating class of students at the Gisler campus, where Brethren Christian had been located since 2008.

Additional details may be found in the Orange County Register. A portion of the story appears below. Click here to read the complete article.

Brethren Christian High School in Huntington Beach will close after 73 years, with school officials saying there is a financial shortfall amid declining enrollment.

With Brethren Christian facing a $650,000 deficit for next year’s budget, keeping the school open would mean additional staff and teacher cuts, “which would compromise the excellent education BCHS has always provided,” the school’s board chair, Lee Wilhite, said in a letter to the school community sent Monday, July 6, and shared with The Orange County Register.

Neither Wilhite nor the school’s superintendent, Matt Chavez, could be reached for comment as of Tuesday morning.

In his letter, Wilhite said the school faced a $900,000 deficit as of two weeks ago. The school community stepped in to help, trying to fundraise to close the budget gap, and there was an offer to move the campus to another location for no rent next year. More than 50 people also gathered on campus and online for a prayer a week ago, Wilhite said.