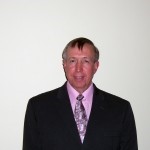 Bud Olszewski, pastor of the Rittman, Ohio, Grace Brethren Church, was one personality featured in his local news media in a retrospective article on 9/11. Here are some excerpts—to read the article in its entirety, click here.

Bud Olszweski, the Rittman boys soccer coach and Grace Brethren pastor, was listening to a tape in his car and just about to arrive at a meeting in Columbus.

Today marks the 10-year anniversary of the 9/11 terrorist attacks. Like nearly all Americans, the aforementioned locals will never forget the events of that day.

Although we usually can’t remember what we had for dinner a week earlier, or presents we received or gave for Christmas the year before, the events of 9/11 will forever haunt us.

Nineteen hijackers sneaked onto four of our airplanes to orchestrate the worst attack on U.S. soil in modern times, taking down a symbol of American power — the World Trade Center — and badly damaging another, the Pentagon.

While everyone else on the committee was already hearing reports of what was transpiring, Olszweski said he felt like a bad character in a “Far Side” cartoon because he was completely oblivious.

“I had been listening to a leadership cassette in my car and didn’t hear any of the radio reports,” he said. “Shortly after I arrived, our committee was given more updates. Everyone on it but me worked for the state and they were instructed to go back to their agencies. I just drove back home — with the radio on this time.”

In the dual role of coach and pastor, Olszweski has been looked to to put things into perspective and he has risen to the challenge — then and now.

In conjunction with other area churches, Olszweski organized a public service at Rittman High School Stadium the Sunday evening after 9/11. He will lead another service today, marking the 10-year anniversary of the tragic day.

“I felt there was a lot of grieving going on and it would be good to get everyone together, and maybe offer some hope and direction so that our grief didn’t turn into hatred,” said Olszweski, of a service that drew about 700 people.

“The world is a lot different place than it was 10 years ago,” Olszweski said. “I think we’re a little more knowledgeable of some of the cultures throughout the world. Hopefully we’re handling things better, but I won’t guarantee that.

“We are better aware of what’s going on, both good and bad in the world. At the same time, I think it’s important to promote the freedom, pride and liberty that we have in this country and encourage people to stay strong and united.”