Today’s Los Angeles Times carries a story about California Assemblyman Chad Mayes, a Republican representing the 42nd district. Currently the Republican Leader, he was elected in 2014. He attends Grace Community Church, a Grace Brethren church in Yucca Valley, Calif., where his father, Roger Mayes, has been the pastor for many years. A portion of the story appears below. Click here to read the complete article. 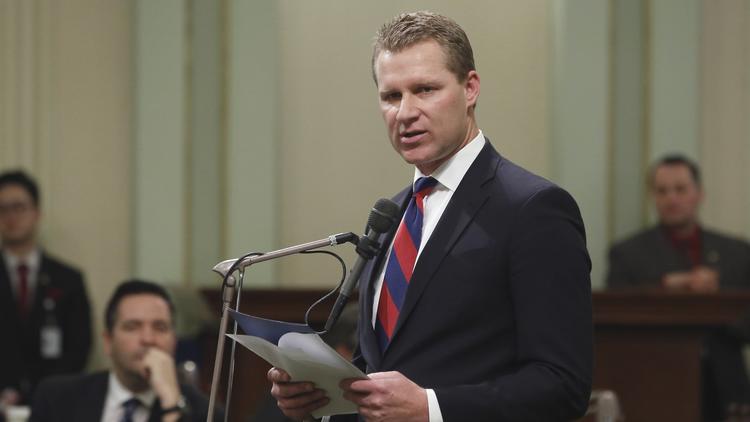 Assembly Republican Leader Chad Mayes is old school. Really old school. But he may represent the future for the California GOP if it can survive and rebuild.

One thing the Yucca Valley legislator definitely is not is a Donald TrumpRepublican. Mayes, 39, is civil and respectful. He doesn’t call people liars or crooks or losers.

In fact, Mayes says, he has never run a negative ad against any campaign opponent.

He turns the other cheek if attacked, and not just during the Christmas season.

Mayes did not endorse his party’s presidential nominee. Even today, the GOP leader won’t say whom he voted for — except it wasn’t Democrat Hillary Clinton. The lawmaker hints he wrote in somebody.

During the primaries, he supported Ohio Gov. John Kasich.

After the November election, Mayes wrote a scalding op-ed piece for The Desert Sun newspaper. “Hallelujah!” he began. “The 2016 election is over and we can finally all breathe a sigh of relief.