Community of Hope Church, a Charis Fellowship congregation in Surrey, B.C. (Phil  Bryant, pastor) is a church family of about 100 people. This Christmas season, the entire church put their heads and hearts together to put on a dessert theatre production for their community.

“I think most of our audience was from outside the church primarily because most of the church was helping put on the show,” said Jason Strain, worship pastor of Community of Hope. “We’re a small church, and just about everyone pitched in to help.”

Last year, Pastor Jason approached an old friend – a local playwright in Surry, about a production she had written a decade ago, titled International Departures. The story takes place in an airport on Christmas Eve, where a mishmash of travelers from different walks of life end up stranded in the airport because of a blizzard.

“The story has a lot of comic relief, but the serious part of the story revolves around an estranged couple and their fight to receive forgiveness,” says Strain. “Knowing ten years had gone by since the play was written, I thought it would be a good time to put on a fresh performance.”

She agreed to let him put on the play at Community of Hope, and auditions were held last spring. Strain chose a primary cast of 13 and another half dozen extras from the members of the church, and he gave Anna Bryant, high school junior and daughter of Pastor Phil Bryant, the role of director.

“I am very proud of her – she did a great job directing the show,” he notes. Another student at Community of Hope involved in community dance and local performances directed the choreography. Strain oversaw the musical selections and vocal performances. 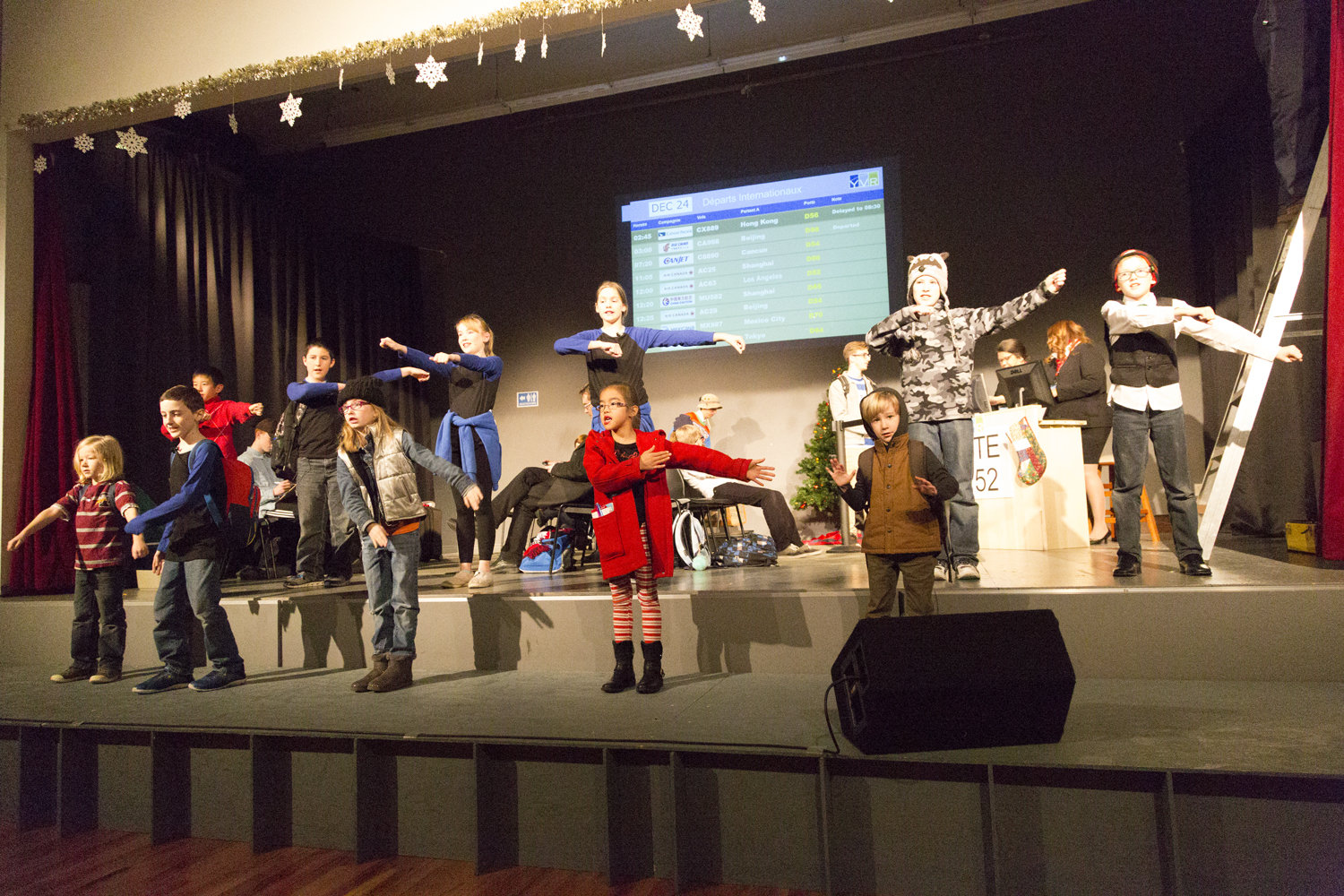 From September through December, the cast worked hard, practicing and perfecting International Departures. During the four performances, held over December 7, 8, and 9, a crew of about 30 more people from Community of Hope took shifts preparing desserts in the kitchen, serving coffee, and managing tickets, setup and cleanup.

The turnout was fantastic – around 220 people from the surrounding communities of Surrey and Delta attended.

“Our hope with a production like this is to develop a reputation in the community and that it can grow into a tradition that people gravitate towards,” Strain says.

“To bring someone to an event and to expect them to receive the gospel in a couple of hours is pretty unrealistic,” he continues. “We’re in a very non-Christian city, and we find that those who do eventually come to the Lord usually come through personal interaction and invitation over a period of time.”

[Connect:]
Click here to send a note of encouragement to pastor Jason and the rest of the cast and crew of the dessert theatre.