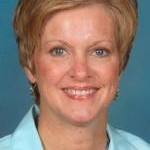 She was born on June 23, 1961, in Goshen, Indiana, to the late Russell Keith Brown and Peggy Sue (Tice) Brown. Catherine was married on June 18, 1983 in Nappanee, Indiana, to Tom Abbitt, who survives.

She was a 1979 graduate of Goshen High School, Goshen, Indiana, and then continued her studies and graduated in 1983 with a degree in education from Grace College, Winona Lake, Indiana. She was a third grade teacher at Jefferson Elementary School, Warsaw, Indiana, where she has worked since 1997.

Catherine has been a resident of Kosciusko County, Indiana for the past 21 years, and she was a member of Community Grace Brethren Church of Warsaw.