CE National has unveiled a new brand for the organization. It will now operate under the name Momentum Ministry Partners.

The new brand reflects a targeted focus in partnering with churches to provide ministry experiences. Momentum Ministry Partners strive to be champions of the local church. They want to see local congregations and youth groups flourish by coming alongside them to provide experiences they might not otherwise have. 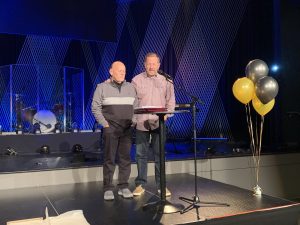 The announcement comes on the heels of several other major changes within the organization. Long-time president, Ed Lewis, retired last year after serving with the organization for 47 years. Jeff Bogue, senior pastor at Grace Church in Akron, Ohio, took over as the new president of the ministry and is spearheading the rebranding and recasting of their vision. Ed was also the director of the Urban Hope Training Center in Philadelphia. That role was recently filled by Andy Michaels.

Several ministries have existed under the umbrella of CE National, all with the aim of helping believers live ON MISSION. These include Urban Hope Training Centers, Operation Barnabas, and Momentum Youth Conference.

Along with the rebrand of CE National, the names of the cooperative ministries will change to align with the ministry vision. Urban Hope Training Centers will be Momentum Urban Centers and Operation Barnabas will be Momentum Travel Teams. Momentum Youth Conference will keep its name.

“We are building a bridge between the recognition of youth conference and the good work our ministries are doing,” said Momentum Coordinator Erin Fowler. 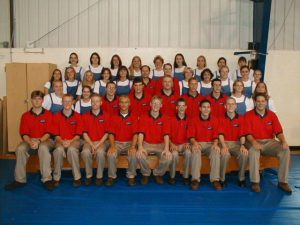 CE National has existed in one form or another since 1938. Founded as Brethren National Christian Endeavor, it was later replaced by the Brethren Youth Council. Several decades later it merged with the GBC Christian Education Department. Throughout its eight decades the organization has assisted churches in training and education by providing Sunday school materials, Bible quizzing competitions, ministry teams, and youth conferences. Coinciding with Ed Lewis being named president in 1985, the organization became known as Church Effectiveness (CE) National. 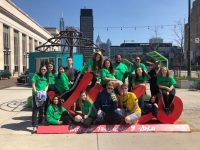 Momentum Urban Center (originally Urban Hope Training Center) launched in 1998 in Philadelphia. A second location was opened in Los Angeles in 2019. Both centers provide ministry experiences year-round to teams through biblical training and hands-on experiences in the communities around the centers. 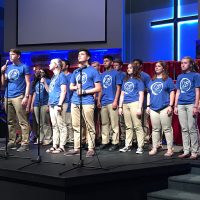 Momentum Travel Teams (originally Operation Barnabas) began in 1974 as a summer training program. Students from Charis Fellowship churches all over the country – and sometimes from outside of the country – undergo rigorous training in how to present the Gospel through programs that include Bible verses, speech choir, puppetry, pantomimes, and songs. The travel teams spend a few weeks traveling throughout different regions of the country putting on programs in parks and churches, as well as doing community outreach and service projects.

Perhaps the most well-known ministry is Momentum Youth Conference. The conference has become a highlight and staple of many youth groups’ summers, coining the hashtag #bestweekofsummer. Each year thousands of students spend a week of their summer on a college campus where they not only get to enjoy time with their friends living in dorms and eating in the cafeteria, but they attend sessions with powerful speakers and meaningful worship, engage in topic-specific breakout sessions, and participate in community impact projects. The conference was formerly known as Brethren National Youth Conference (BNYC). The roots of the conference date back to 1938 at Bethany Camp, an alternative for students whose parents were attending national conference. The name was changed to Momentum Youth Conference in 2007 to be more welcoming of youth groups that come from outside of the Charis Fellowship.

Two additional ministries will remain under the Momentum umbrella with slight changes. Pastorpedia, a broadcasted panel of lead pastors discussing different topics, will be housed under Momentum PRO along with other professional development materials such as podcasts, digital labs, coaching, and counseling. The National Institute, a program that trains college students to work with youth, will become Momentum EDU.

Momentum Ministry Partners hope this alignment of names moves them from a “house of brands” to a “branded house” as Director of Ministry Operations Eric Miller put it. They are consolidating their website and social media platforms to help people better see the alignment of their mission and vision.