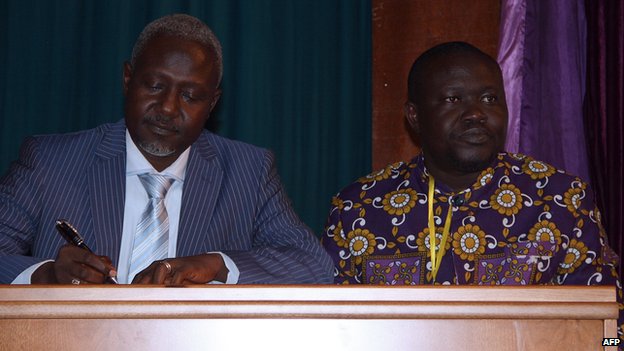 Today’s BBC News carries a report of the signing of a cease fire agreement in the Central African Republic, though fighting has apparently continued in some parts of the country. Please continue to pray for the C.A.R.– a country where the Grace Brethren have ministered for nearly 100 years. A portion of the BBC story appears below. Click here to read the complete article.

Rival armed groups in the Central African Republic have signed a ceasefire agreement aimed at ending over a year of religious conflict.

The agreement was signed in Congo-Brazzaville between mainly Muslim Seleka rebels and the largely Christian anti-Balaka militia.

The BBC’s Andrew Harding says despite the deal fighting has continued in the volatile central town of Bambari.

Almost a quarter of the 4.6 million population have fled their homes.

Muslims have been forced to flee the capital city and most of the west of the country, in what rights groups described as ethnic cleansing.

Both sides have been accused of war crimes such as torture and unlawful killing.