A story that has been called to our attention first appeared in the Cedar Rapids, Iowa, Gazette, late last summer, but it’s still worthy of telling here. Stephen Carrick, the 14-year-old son of Grace Brethren pastor, David Carrick, is leading the way to fill Christmas boxes for 1,000 children this year. He’s involved his church, Grace Church, a Grace Brethren congregation in Cedar Rapids, and the community. Read the complete story here. 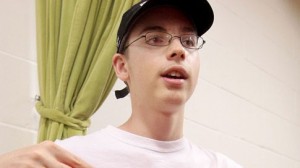 He helped again the next year and the year after that. Then “when he was 8 or 9, he decided he wanted to do his own box,” says Stephen’s dad, the Rev. David Carrick. “He used his own money, finding ways to make money so he could do this on his own.”

That was a decade ago. Stephen Carrick, now 14, eventually decided he could help more children if he got more people involved.

“We fill shoe boxes with toys and school supplies, hygiene items and stuffed animals,” Carrick says. “Last year, we ran out of stuffed animals, so we made fleece hand-tied blankets and included those. It’s good to be part of something that’s bigger than you. We’re here, obviously, for more of a reason than just shopping and hanging out with friends.

As the point person for the church project, the teen handles publicity for the program. He also coordinated several blanket-making and box-wrapping parties, both of which are open to the public.

“This is not just a church project,” Carrick says. “I’m trying to get the whole city involved.”

Read the rest of the story.