n February 1921 James Gribble arrived in what is now called the Central African Republic (C.A.R.). At the time, Oubangui-Chari was considered one of the least evangelized and most difficult regions of the world. While he only ministered two years before his untimely death, he laid a foundation for this to become one of the world’s most Gospel-responsive regions.

Thousands gathered in Bangui in February 2022 to celebrate a delayed 100 anniversary celebration in honor of James Gribble. The week-long celebration took place at the Castore Grace Brethren Church, the oldest Charis church in Bangui. The inside of the church held 1,500 people, and several thousand more attendees spilled out into the surrounding courtyards and watched on TV screens. 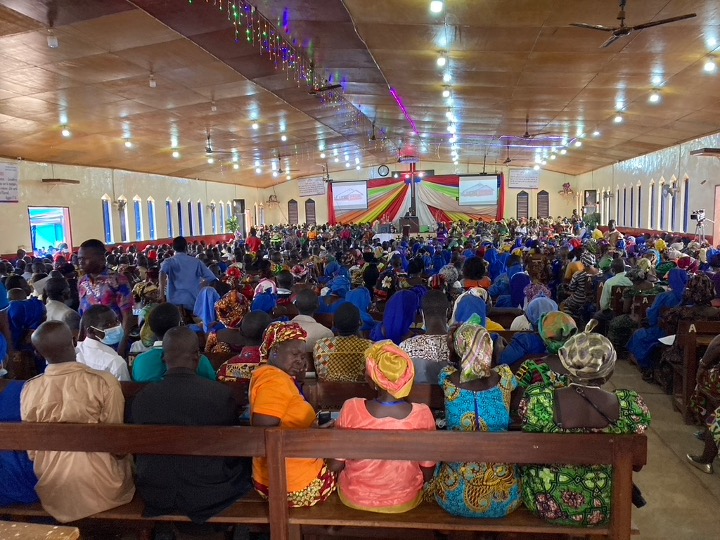 The celebration was comprised of a variety of services that focused on celebrating the past, reflecting upon current realities, and reaffirming commitments for the future. The services included music, speakers, and special guests. The prime minister and president of the senate of the C.A.R. participated in the opening ceremonies, and the closing day drew thousands of attendees to the national soccer stadium. Additional spiritual descendants of James Gribble, representing churches from neighboring Chad, Nigeria, Cameroon, and Congo, were presented with commemorative gifts. Other notable attendees included Pastor Bavon Jonas (executive secretary of Charis Fellowship churches of the C.A.R.), Dr. Ngoumape Francois (dean of the seminary and 100th anniversary coordinator), and representatives from Encompass World Partners. 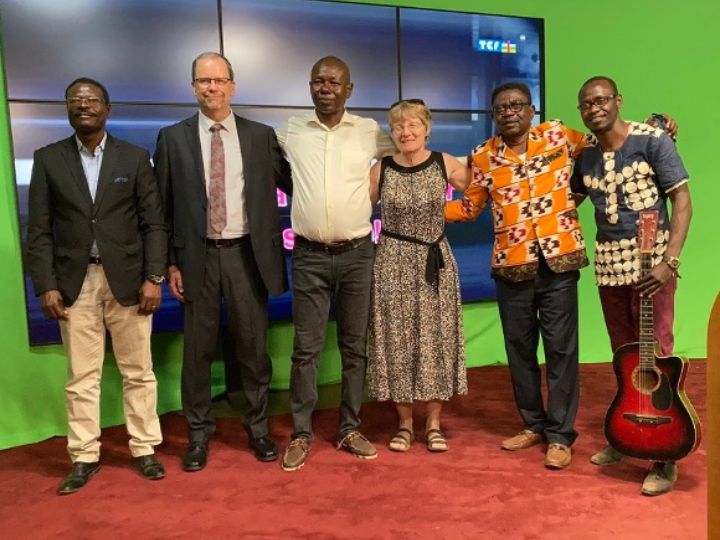 “I think what was really special about this 100th  anniversary was that it was genuinely a celebration of decades of partnership between the national church in Central Africa and Encompass World Partners,” said Barb Wooler, Encompass worker in the C.A.R. for 37 years. “The collaborative ‘feel’ was in the presentations — which included both Central Africans and missionaries— and the music, including the theme song created for the event which included verses in French, Sango, and English. I just loved that we were celebrating together what God has done through our years of partnership.”

During one of the services, Barb was able to share and publically thank those who worked alongside her. She said, “Through the years I’ve been involved in a wide variety of ministries, such as youth work, music, church planting among the Bayaka Pygmy people, literacy work, orphan and widow care, and now crisis response. But I have never done anything on my own; I have always had Central Africans working alongside me. So it was a joy – almost a sense of relief – to be able to publicly thank these dear coworkers, to briefly tell their stories and show their pictures.”

Dave Guiles, executive director at Encompass World Partners, shared the story of James Gribble over the course of three services. In anticipation of the anniversary, Dave wrote a book about James Gribble, titled Press On!, that was released in 2020. 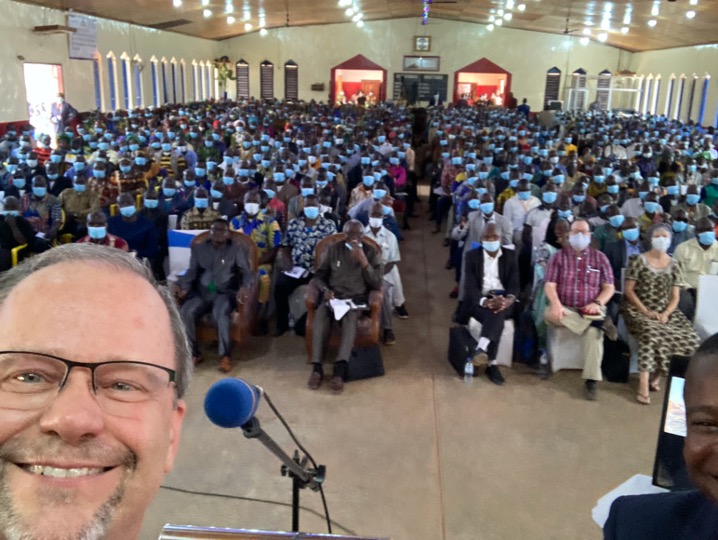 Dave observed, “One of the highlights of my missionary career was the opportunity to attend the 100th anniversary celebration of the arrival of our pioneer missionaries to the central region of Africa. What’s more, I had the honor of sharing the story of James Gribble with his spiritual descendants. What an attentive and appreciative group! Today we see our church partners imitating this missionary pioneer as they send several hundred church planters into least-reached areas in the region. James Gribble must truly be humbled and pleased with the fruit of his labors!”

Some information for this story was sourced from Encompass World Partners. Read more about James Gribble here and find out more about Encompass on their website here.