Celebrating One Hundred Years of Prayer and Perseverance 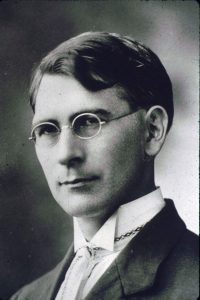 As February 2, 1921 dawned over Carnot, Florence was suffering from yet another fever, one that would last unabated for seventy days. Food was still scarce. An active five-year-old, Marguerite required education, constant care, and creative activities to keep her occupied. Once again, promised reinforcements were delayed and one hundred miles still stretched between the pioneer team and Oubangui-Chari.

But this day would be different. The Governor-General was in town and wished to speak with James. As the conversation wandered from one topic to another, James worked up the courage to ask if permission had finally arrived from Paris. But before he could speak, he heard words he would never forget. “Where will you go, Monsieur Gribble, now that you have permission?”

Barely able to restrain himself, James wisely replied, “Where would the Governor like me to go?” After a long pause, the Governor replied, “How would you like to locate near Bozoum?” Again, James could hardly contain his excitement. Years before, as he daily poured out his heart over a map of Oubangui-Chari, his eyes inevitably rested on one place: Bozoum! Soon a telegram was speeding its way to America:

While another attack of fever would delay his departure for three weeks, James soon pushed forward with preparations to scout out a favorable location for the first mission station. With a horse, his bicycle and thirteen porters, he said goodbye to Florence, Estella and Marguerite.

“If you were to see the need of the Gospel in this country as I do,” he wrote Florence, “the greatness of the country, and the absolute density of the spiritual night, you would not wonder at the opposition of the adversary. But we believe and trust God that by His grace He will give us the very desire of our hearts, that of seeing the Gospel go forth in this land in great power. This field is so great that it is like a small world by itself. We will have no neighbors, as far as missionaries are concerned…. Keep looking up and trusting Him. The fight is hard but we have a God who holds us in His hands. It is His battle, not our own. We have nothing to fear.”

Over the past two decades, it’s been my honor to share the inspiring story of James Gribble on five continents. But as we neared the 100th Anniversary of his arrival in the Central African Republic, I determined to take a deeper, more systematic look at what really motivated and sustained this early missionary pioneer – his commitment to prayer, his willingness to persevere, and his steadfast focus on the ultimate prize – timeless reminders for everyone in ministry today. – by Dave Guiles, Encompass World Partners

This excerpt comes from Press On! a devotional guide for cross-cultural workers and those who care about them – now available on Amazon.