Celebrating the Life and Impact of Dadje Samuel 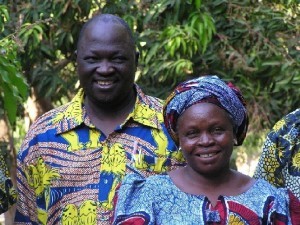 Dadje Samuel and his wife, Christine

Born into an animist family in southern Chad in 1962, Samuel accepted Christ as Savior at a young age and was subsequently driven from his home. In spite of enormous obstacles, he developed building and leadership skills that permitted him to launch and maintain a successful construction company. But he also developed a passion for the least- reached peoples of central Africa. Under the tutelage and with the support of Encompass World Partners staff members, Samuel recruited, trained and deployed evangelists into church planting ministries in five countries. He met his untimely death while attempting to explore church-planting opportunities in Libya on April 25, 2010. Yet his legacy continues through the many men and women he discipled, so that today we celebrate a church-planting movement in central Africa.

You are invited to join us as we retell the story of Dadje Samuel, hear reflections from several who knew him intimately, and share stories of how he impacted all of us.