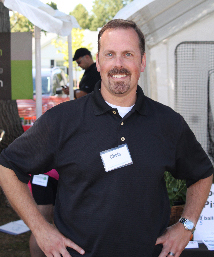 “A big part of our strategy has been to look for ways that we can engage the community in what it’s already doing,” says Pastor Chris Skowronek of CenterPoint Community Church, a Grace Brethren congregation in Wethersfield, Conn.

Those are big words in a region that is predominately Catholic with only a handful of evangelical congregations. Skowronek explains, “There’s a perspective that anything that’s not Catholic is not good.”

At the same time, Skowronek describes the area as “post-Christian.”

“It’s not that [the town] doesn’t respect the religious community,” he explains. “I think it’s not sure what to do with it or how to use it. There’s a lot of pressure to keep church and state separate.”

To that end, Skowronek is personally involved. He serves as the chaplain of the fire department: “I train with the guys, and I show up at scenes and events.” He is also the only clergyman on the Juvenile Review Board, which works with minors who have committed crimes as an alternative to sending them to court. As a member of the Senior Citizens Advisory Council, he helps evaluate how well the town meets the needs of its senior citizens.

Church members have followed his example by volunteering at the local food bank and other endeavors. 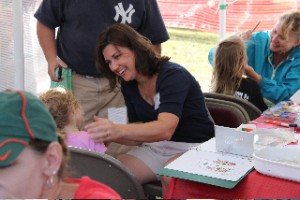 “In Acts 3, God orchestrates through Peter bringing the truth of gospel through meeting needs,” says Skowronek. “That’s exactly what we are trying to do — meet needs out of concern and compassion, and when God opens the door, take the opportunity to share the gospel.”

It’s brought a level of trust that comes only with experience.

When he first asked if church members could help in emergency situations, Skowronek says he was told ‘Well, we wouldn’t use church groups; we would have our own volunteers.

“But when the actual event came, they called us,” he says.

“We had these weird storms in the fall where we’d gotten snow when you’re not supposed to get snow. And we’re not by any stretch the big church in town. But the town [officials] called us, because I’ve developed relationships with the town manager and social services,” Skowronek explains. – by Andrea Skowronski