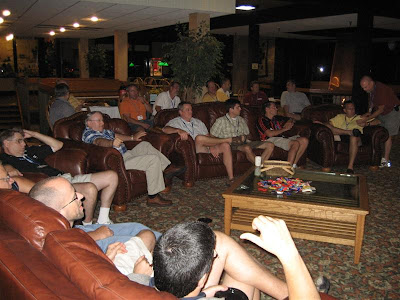 Pastors and church leaders from throughout the Midwest are participating Monday, Tuesday, and Wednesday in the Central Focus Retreat at Mohican State Park in Ohio.(Tom Avey photos)

Five such retreats are held each year, in various geographic locations. FGBC Moderator Jim Brown from Goshen, Indiana, is leading the retreats this year, which are organized and implemented by Tom Avey and the FGBC coordinator’s office.

The next retreat will be the eastern one, which will meet at Sandy Cove Retreat Center in North East, Maryland, on the Chesapeake Bay October 22-24.