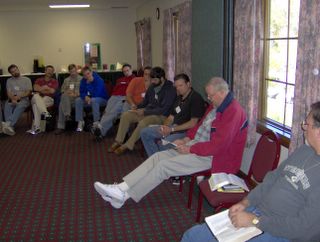 Pastors and church leaders attending the retreat are spending Monday evening, Tuesday, and Wednesday morning focusing on Psalm 119 under the leadership of this year’s FGBC Moderator, Keith Shearer. Shearer’s new book, Childlike Faith, is forming the background reading for the retreat.