Chaplain Burton Hatch With the Lord 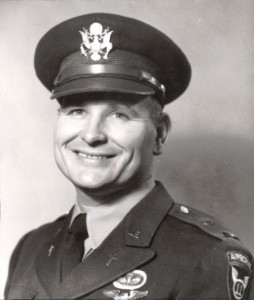 Dr. Larry Chamberlain of the Eagle Commission, has indicated, “We learned this month of the homegoing on June 20 of CH (COL) Burt Hatch, who served as a Grace Brethren chaplain in the U.S. Army from 1954 to 1973.  He and his wife, Marie, who survives, were married for 69 years.”

Hatch enlisted in the U.S. Army shortly after the Japanese attack on Pearl Harbor in 1941.  He became an airplane mechanic, flight engineer, navigator, pilot, and finally a pilot instructor in the Army Air Corps, flying B-17s and B-29s.  Following WW II, he attended Biola University and Talbot Seminary, while also serving pastorates at the Grace Brethren Churches of Long Beach and Seal Beach from 1948 to 1953.

But in 1954, Burt began a tour of duty for God and Country as a Chaplain in the U.S. Army.  From 1954 to 1958, he served with the 11th and 101st Airborne Divisions, receiving his Senior Parachute Wings.  He served in the early 1960s with the Special Forces (Green Berets), which included “expeditionary” service to Laos in 1961.  From 1962 to 1966 he was on the staff and faculty of the Army Chaplaincy School.

During the Vietnam War, Burt served as a Division Chaplain (Americal Division), followed by assignments at Ft Leonard Wood and Fifth Army Headquarters, completing his career as a full Colonel and Senior Chaplain at Fort Rucker.

Chamberlain wrote an article on Hatch’s career in the Brethren Missionary Herald magazine in 1994, and these were Burt’s comments on the opportunities he had to share Christ among the soldiers over his nineteen years of ministry:  “There are hungry hearts and spiritual emptiness at every level from Private to General.  I am convinced that what lasts is the teaching and preaching of the Word of God.  There is power in this!”

Chamberlain concluded, “Thank you, Burt and Marie, for your life of courage and faithfulness in your service for God and Country!’

For those wishing to send a sympathy card, Marie’s address is Roberta “Marie” Hatch, 1200 Mira Mar Avenue, Bedford, OR 97504.  A slideshow from Burt’s memorial service is located on youtube at http://www.youtube.com/watch?v=KKv3eZLmQaE.