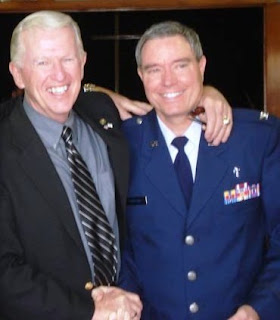 At the ceremony, Colonel Townsend was awarded the Legion of Merit, a prestigious medal awarded to military officers who have demonstrated a distinguished career of service in the U.S. Armed Forces.

As a civilian, Dr. Townsend is associate regional director for the northwest region of the Association of Christian Schools International.