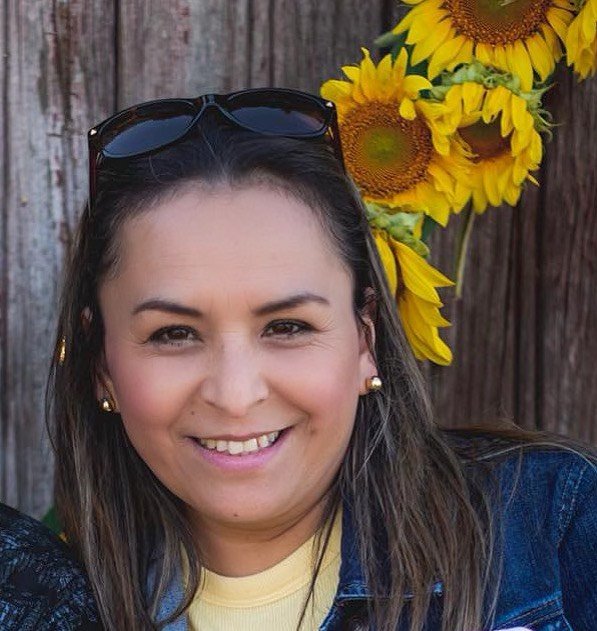 As the number of Hispanic Charis churches in the U.S. grows, the question has come up of how to connect and equip the women in those churches. We’re happy to introduce Alicia Morales, who is taking on the role of coordinator for Hispanic women.

Alicia was born in Mexico. Her father was assistant director of a Bible institute. She accepted Christ as a child, and shares that she embraced learning about God with all the innocence of a child. She shares that later, however, “Many things happen, and along the way one’s feet start getting dirty. As an adult, with a fuller understanding, I had to surrender my life fully to God, not to accept Christ again, but to make a commitment to the Lord. I had to say, ‘Lord, here is my life. I know I’m young, that I don’t know it all, but I want to learn from you. I want to share you with others.’”

As a result, she entered Cosecha Latina Bible Institute. Daniel Morales was also a student there, and they were married after graduation. They then began to teach in the Bible Institute, helping the director, Alicia’s father. She taught classes on child evangelism. They then moved to another Bible institute when her father was called to be director there, and eventually were invited to come to the United States.

For the past six years Daniel has been pastor of Fuente de Vida church in Elkhart, Indiana. Alicia loves teaching God’s word. She shares that while she isn’t technologically inclined, there are others in the church who help her with teaching tools such as PowerPoint. Alicia invests most in the women. She shares, “I feel that if we reach the women, they will reach their families. In the beginning our church was made up mostly of women. Those women started bringing their families, and now we have as many men as we do women. I see that the women are eager to share the Word and be a testimony to their husbands.”

Alicia emphasizes that she has a great desire to help women understand their role in God’s plan. She explains, “There’s so much we can do in God’s work! God did not make a mistake in making the man the head of the family. We have different roles as women. I loved the Ignite 31:26 class where we studied what the Bible says about the role of the women. The woman was created as a ‘strong helper.’ The word translated ‘helper’ is the word ‘ezer,’ a word that is most often used in the Bible to describe the help God offers us. It’s like people are about to lose the battle, and the Lord comes to rescue them. We can be that kind of strong help to our husbands. Knowing this makes me feel very valued by the Lord, and I want to share with women how important we are in serving the Lord.”

In her new role as coordinator, her goal is to see the women connecting. She explains, “Sometimes we think we’re alone. It’s good to know that not only do we have community in our church, but there are more sisters elsewhere. When we know each other, we can call, ask for prayer, share our burdens. We can help each other, saying, ‘Count on us!’ We can help each other not just with words, but with actions.”

As far as her vision for what she would like to see accomplished, Alicia says her dream is “that we would be better equipped and be in the Word more. We need to invest in studies that equip us to give a defense of our faith. I would like to tell the women, ‘Don’t miss out on opportunities like the Ignite 31:26 classes. These classes are designed to help us be the kind of woman mentioned in Proverbs 31:26, who speaks with wisdom and instructs with kindness.’ I want to say, ‘Take the classes!’ They are translated for us, take advantage of them. It’s incredible how you will grow in the Lord. His Word is alive, it’s what’s going to transform us!”

This story originally appeared in the Charis Women newsletter.