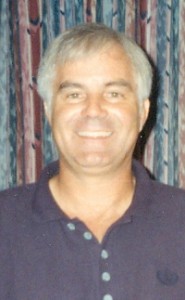 Word has been received of the death of Charles Creekmore, the father of Randi Craigen, who has served on the editorial board for the Women of Grace USA Spectrum magazine and is the wife of Clive Craigen, professor at Moody Bible Institute and a member of the board of directors of Encompass World Partners. An obituary appears below.

He was a lifetime resident of Kosciusko County, where he was a 1966 graduate of Pierceton High School. In 1966 he enlisted in the U.S. Air Force serving during the Viet Nam conflict and was honorably discharged in 1969. Chas worked as a residential contractor until his passing. He was an accomplished musician, enjoyed electronics and physics, but most of all he enjoyed his family and close friends.

Chas was born on May 3, 1948, in Warsaw, to Albert Creekmore and Scenie (Bays) Creekmore; he was lovingly raised by Albert and Judy Creekmore. On Dec. 16, 1972, he was married to Janet Ellen (Michalski) Creekmore, who survives in Pierceton.

He was preceded in death by his parents; one sister; and his brother-in-law.

Visitation will be private, but the family would welcome sympathy cards to be sent to the Creekmore Family, P. O. Box 254, Pierceton, IN 46562.

A public graveside service will be held at 3:30 p.m. Friday, February 6, at Hillcrest Cemetery of Pierceton, with full military rites conducted by the American Legion Post #258 of Pierceton and active duty Air Force honor guard. Arrangements were entrusted to Redpath-Fruth Funeral Home, Warsaw.

Memorial donations may be directed to Kosciusko Home Care and Hospice, P.O. Box 1196, Warsaw, IN 46581-1196 and would be appreciated by his family.