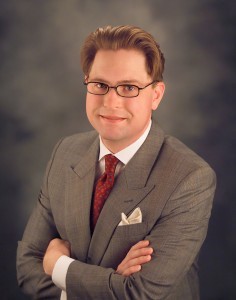 Thank you all for your prayers and the speaking support we have received.  We would especially like to thank Jan Brumbaugh and his wife Charlene for their support during January (all five weeks!).  We also enjoyed Tom Avey on February 6th and Jim Romero of Auburn on February 13th.  We look forward to Kevin Ong next week, and John McIntosh from Simi Valley GBC will be here for both services on March 13th.  The congregation has really opened up since the first of the year and we feel God moving in our midst again.  I am still looking for speakers for the March 20th and March 27th morning services.

I am also pleased to announce that GBC, Chico has found a pastor.  He spoke to the congregation yesterday morning and was voted in last night at our Annual Business meeting.  It would seem that the search went far too quickly as we expected it to take at least 6 months, but everyone feels strongly that this is from God.  His name is Matt Raley, and he is currently Senior Pastor at Orland Evangelical Free Church (since 1999).

When Matt was contacted by the GBC Search Committee, he immediately advised the Elder Board at his church.  After some discussion, they told him they supported him and that if God did move him to GBC that they would also send 30 attenders of the Orland church that live in Chico with him  to GBC (Orland is about 30 miles west of Chico).  This group includes three professors at CSUC.  Needless to say, there is a desire to start a ministry to college students.

April 3rd the Orland church is planning a special service to both send Matt to Chico and commission a new work in Corning (about 10 miles north of Orland).  They have invited GBC, Chico and I will be working on the logistics for that in the next few weeks.  Matt has developed a successful ministry in Orland, with mature leadership.  They started out with less than 100 attenders and now have more than 250 in two services.  Matt also chaired a work to start a Christian school and the church opened an Alzheimer’s care facility.  The church and the Raleys’ are very respected in the community.

I am now thinking we should plan an installation service for April.  If any of you have any outlines for a service I would appreciate your suggestions.  Matt’s first service as the pastor of GBC, Chico will be April 10th.