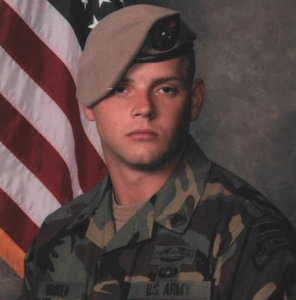 Chris’ love for Jesus, his wife, his children, his family, and his commitment to never give up in the face of adversity molded him into a man who was loved and respected by all who knew him. Chris was a Ranger who, in or out of uniform, truly did “lead the way.”

The funeral service will be held on Saturday, March 13, 11:00 a.m., at the Elevation Church – Lake Norman in Cornelius. Visitation will be held on Friday, March 12, 6:00-8:00 p.m., at James Funeral Home in Huntersville, N.C. The interment will take place at Arlington National Cemetery with full military honors at a later date.

James Funeral Home, of Huntersville, N.C., is serving the family and obituary lovingly written by the family.