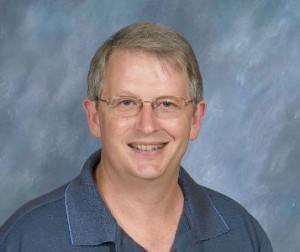 Doug greeted us as we walked in the door of Ben and Joy’s restaurant. Life-changing meals are not common. I enjoy food quite a bit, but I was not expecting all that God had in mind with this amazing meal on that particular summer evening.

My wife, Cathy, and I were considering relocating to the small town of Mount Sterling, south of Grove City, a southwest suburb of Columbus, Ohio. We wanted to continue in our local church, which was in Grove City, but we wanted a small-town experience for the second half of our life together. So, we went to Ben and Joy’s to eat. We had no idea how this simple decision would result in something much bigger. Only Jesus could make it so.

We walked into the restaurant, and there was Doug. He said, “I do not know you. Why don’t you sit over there, and I will be right with you.”

Doug shared the meal options, and we ended up enjoying the delicious buffet. What was life-changing about the evening was not the food—though it was incredibly good. Cathy and I watched Doug work the restaurant that evening. Cathy summarized it well: “I bet he would be an amazing evangelist—if he is saved.”

I saw that Doug seemed fascinated with everyone—especially us because he did not know us. He came by frequently to find out more about us. I think he was more interested in us than we were in him. He asked questions about why we were in his town. We shared a little about moving to Mount Sterling, but did not mention planting a church.

Finally he asked, “You look too young to retire, so why are you here in Mount Sterling tonight?”

“We are here to see if God wants us to plant a new church in Mount Sterling,” I said.

Doug then exclaimed, “That is amazing! I am a believer, and I would love to see a new church here.”

We left the restaurant recognizing that we had met a “gatherer.” I had met many people like Doug before, but never in a context such as God had prepared that night in Ben and Joy’s restaurant. Cathy and I mused about all the ways we could plant a church with someone like Doug: a young man, single, a lover of Jesus Christ, a sharer of His love.

I also left with Doug’s phone number, and called him early the next week, hoping he remembered me. He did! He said later that he had offered his assistance on other church-related projects, even other church plants, but I was the first person to take him up on the offer.

Over the next two years, Doug and I met regularly to share, dream, and pray. During that time, Doug met and married Marlaina and now they have a son, William, who was recently dedicated at a new church in Mount Sterling. This new church, called Sterling Grace, is the very church Doug and Marlaina have been instrumental in planting.

Doug and I used those first two years to get to know each other and to find out if we really wanted to plant a church together. We talked, prayed, and dreamed. We brought Marlaina on board. We decided that Doug and Marlaina would function in the gathering role, and Cathy and I would function in the shepherding role.

This Gatherer/Shepherd/Elder (GSE) model worked as Doug gathered and invited people to come to the church. I was the shepherd. We prayed that God would raise up an elder/pastor from our own small group. God said “yes” to this prayer.

Gatherer: A gatherer is a person who is a people magnet; someone who is very natural in personal makeup in connecting to other people. They are ones who are open to a new vision of how to work in the harvest together in forming new churches.

Shepherd: A person gifted from Jesus as a shepherd; someone who is willing to use their gift to see spiritual well-being develop among those gathered.

Elder: A biblically qualified elder who enters the group sometime down the road. Takes the newly formed church to greater biblical establishment.

We met for more than two years with Doug functioning as gatherer and me as shepherd. Doug would connect with people and invite them to come. They would come and love what we were doing. Then they would move away, either for work or some other reason. Meanwhile we prayed for God to raise up our pastor out of the church. From among those families that Doug had gathered, a man named Mac and his wife, Melissa, emerged. They had connected to Sterling Grace, and we had had some time to get to know them. One day, early in the process, while we were meeting at Doug’s house, Doug said, “I think Mac may be our next pastor.”

I tried really hard not to reveal how high my heart was jumping inside. I believed God had answered my prayers through this confirming statement!

I had first met Mac while visiting a mutual friend, Jim, in the hospital. Jim was fighting a losing battle with cancer.

When he was introduced, Mac said he lived in Mount Sterling and knew about our new church. I invited him to come. He politely declined, saying he was attending another local church.

Our congregation did many outreach events to bless the community. One was a nine-volt battery distribution to the whole town in the fall—the perfect time for people to change batteries in their smoke detectors.

Mac and his wife, Melissa, received a battery, read the Sterling Grace blurb, and decided not to visit Sterling Grace. Instead, they began to attend Southwest Grace in Grove City, 15 miles away. This was the church I was pastoring and was the connecting church to Sterling Grace.

They attended the church for a year or so, while visiting Sterling Grace on occasional Sunday evenings.

God was working. One evening Mac and Melissa invited Cathy and me over for supper. Throwing caution to the wind, I asked Mac if perhaps God was stirring his heart to become Sterling Grace’s pastor/elder. “I thought you were going to ask that,” he responded. “Melissa and I have been talking and praying about this and believe God wants just such a thing!”

Cathy and I were blown away again at God’s work! Pastor Mac has been leading Sterling Grace for a couple of years and is doing a great job. Doug is gathering and doing a great job as well. Mac, a full-time newspaper reporter, pastors the church with the rest of his time. Doug, formerly a waiter at Ben and Joy’s restaurant, finished his degree and is now a licensed counselor in a community south of Mount Sterling. Both serve Jesus as followers of Him. Jesus has formed a dynamic, growing new church in Mount Sterling.

I tell that story because it is what Jesus used to help me understand how I can implement a very old idea. The gatherer/shepherd/elder church starting process is not new, but it is to me. The only thing different is our attempt to have the simple concepts of the process molded to our culture.

When I ask how to best plant a church in a small town, a micropolitan area, or even a metropolitan area, in an economy such as ours, I get just one answer: GSE (gatherer-shepherd-elder).

GSE is a process in that, by using it, you are not predetermining the final church’s outcome. In the field, I have seen Jesus bring forth missional communities of various sizes, as well as missional attractional churches. I see it as a model in that the roles are clear and easy to follow. I do not have to redefine what the roles or terms are. They assist in ease of reproduction.

*This edited excerpt appeared in the Spring 2013 issue of GraceConnect magazine and is from the BMH Book, Raising Rabbits, Not Elephants: An Exploration of the GSE Church Starting Process of Church Planting, which is scheduled to be released in May 2013. It may be pre-ordered at bmhbooks.com.