Amy Mann, a member of the Winona Lake (Ind.) Grace Brethren Church (Bruce Barlow, lead pastor), is featured on the online newsite, InkFreeNews, this week. A portion of the story appears below. Click here for the complete article.

MANN WORKING AT HER DREAM JOB IN LIBRARY 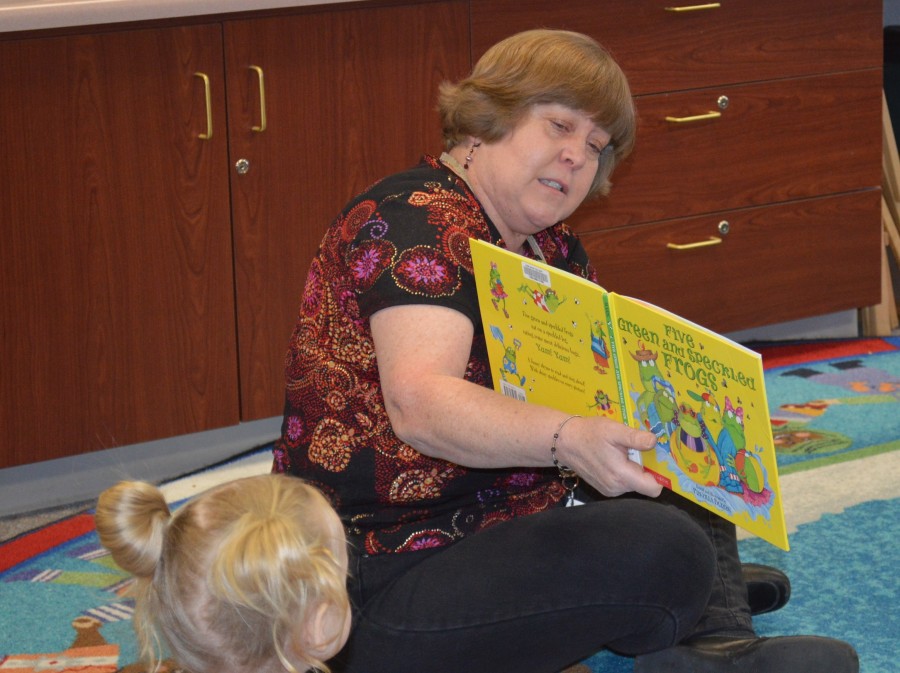 Amy Mann reads a book to children at the Warsaw Community Public Library. She is a technical assistant in the library’s children’s department. (InkFreeNews photo)

WARSAW — Life’s journeys sometimes take a person through jobs or career paths they may not necessarily like or are not a good fit for. But then a door may open somewhere and they step through it into their dream job.

Amy Mann, a technical assistant in the children’s department with the Warsaw Community Public Library, has been fortunate to find her dream job since beginning in her current role about two-and-a-half years ago. But it did take time and working at different full and part time jobs before her dream job became a reality.

She grew up “in Iowa, Wisconsin, Colorado and Guam” as her father, David Chase, did behind the scenes technical work in radio and cable television. Later Mann was able to earn a college degree in elementary education from Baptist Bible College in Springfield, Mo.

After college, Amy was married and she and her husband at the time, Walter, moved to Florida for three years. In 1988, Amy and Walter and their family came to Kosciusko County so Walter could attend seminary.

For about four years, Mann worked as an aide to teachers at Warsaw Christian School. Though she had a degree in elementary education, she chose not to teach and instead wanted to spend more time with her children.

Later she worked for 16 years at Tokens and Tickets, a business once located in Warsaw that was burned down by an arsonist. For a while, Mann worked at different part-time jobs and gained a new perspective. “It’s not that temporarily unemployed people don’t want to work,” she said. “It’s just that they are temporarily unemployed.”

Eventually it was suggested to apply for employment at the Warsaw Library, but at first she was skeptical and didn’t think there would be any openings. She changed her mind and chose to apply, was hired and started as a shelving page before moving to her current position in the children’s department.