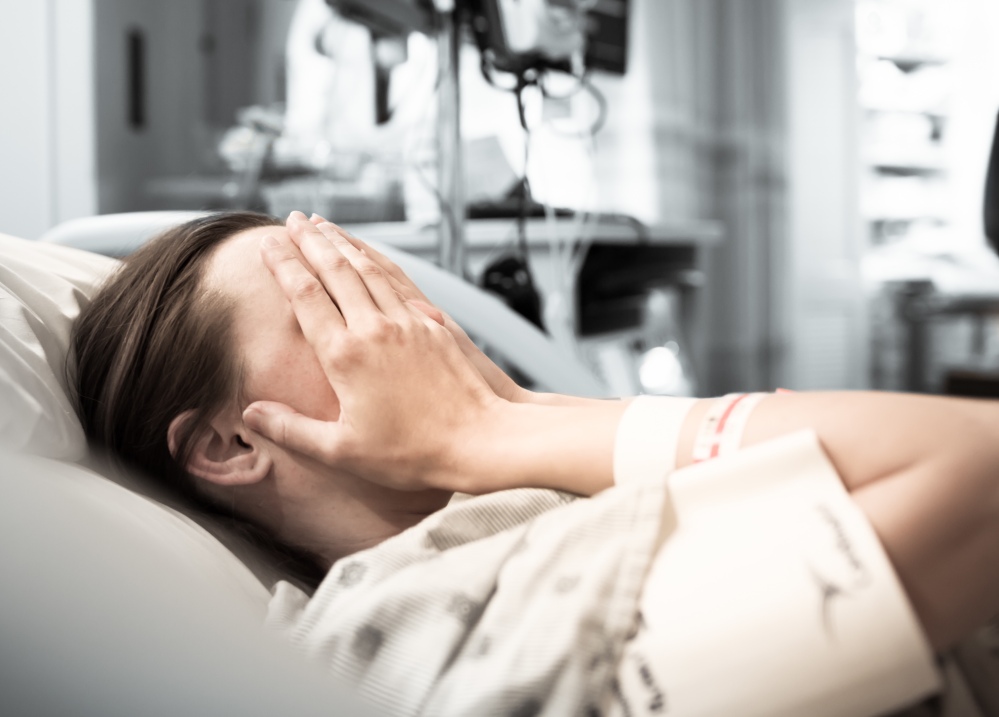 We had planned to mourn our daughter’s death in private. At 26-weeks gestation, our perfectly-healthy baby girl stopped breathing, and we were told the operation to deliver her would take mere minutes, leaving us with the hearts of parents, but no child to raise. We knew we’d mourn her passing, but we planned to do it alone.

That’s what we planned, but that’s not what happened.

We ended up telling our pastoral teammates about Faithe’s death, thinking they would be the only ones to actively carry our burden. Standing in their kitchen, we wept together as our friends promised to carry us through the heartbreak to the best of their abilities. That was the last thing I consciously remember.

The next thing I knew, I woke up in a hospital an hour away from home, hooked up to an IV drip, unable to speak, barely able to move, and still very, very pregnant. As I searched the hospital room for my husband, I made eye contact with him and a handful of other church members who had taken it upon themselves to actively stand with Peter and I as we said goodbye to our daughter. It took one phone call, but my hospital room was never empty. We were never alone.

What was supposed to be an afternoon of pain was actually a five-day journey fighting for my life as I succumbed to preeclampsia and my body refused to admit Faithe had passed away. Anytime I woke up from my magnesium-induced partial paralysis, my husband was being loved on, fed, and comforted by our church family as he vigilantly watched my vitals. My Christ-family gently walked Peter and I through the implications of Faithe’s death and the possibility of my own. At night, they took turns sitting by my bedside, while the others camped out in the hospital hallways and on guest couches.

A nurse leaned over my bedside one afternoon while I was lucid and whispered through tears, “These people aren’t your family, but they obviously love you and they keep talking about Jesus. I’ve never seen a family act more like a unit than you all, and it doesn’t make sense. I thought the Church had lost its effectiveness a long time ago. It’s so hard watching you grieve, but it’s so powerful, too.”

Our grief is still tender and raw, but the death of our daughter taught us one very clear lifelong lesson: Our faith in Jesus may be made up of an individual choice to follow Him, but it is kept alive because we stick together with other believers. Our daughter’s death made us unbelievably weak—in many ways, we still are—and yet our church Body held us together even when our grief made it impossible to hold them in return.

That’s what the Church is supposed to be, and that is what we need to become. ~ Written by Cassie Rayl (from womenofgraceusa.wordpress.com)